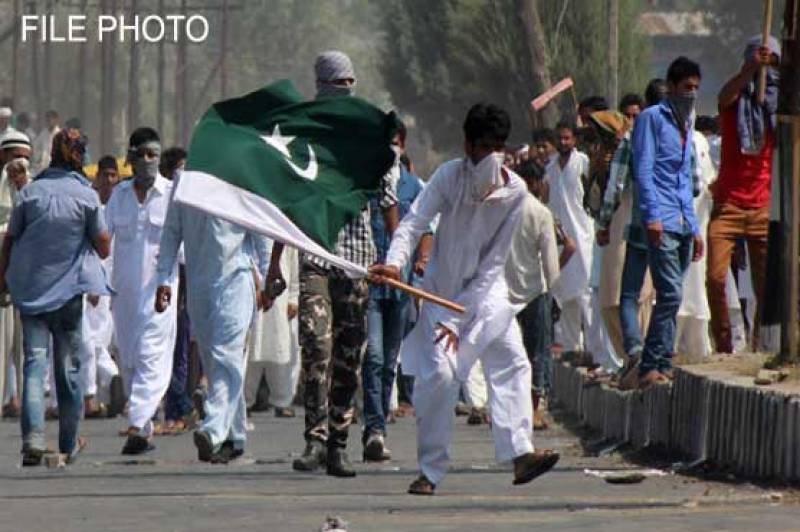 SRINAGAR (Staff Report) – Several activists have been arrested by security forces as Pakistani flags waved and anti-India slogans chanted at a rally in the Indian held Kashmir’s capital city Srinagar.

Hunreds of people led by separatist leader Masarat Alam rallied through the capital to welcome All India Hurriyat Conference leader Syed Ali Shah Geelani on his arrival in Srinagar from Delhi, according to media reports.

Gilani, while addressing on the occasion, demanded Kashmir Chief Minister Mufti Sayeed to declare that Kashmir is not the ‘integral part’ of India. Kashmir is accepted as a disputed territory internationally, he added.

He stated the Kashmir issue was a trilateral dispute and Kashmiris should also be involved in Pak-India talks over the issue.

Masarat Alam, who was detained since 2010, was recently released from jail.

Earlier another Kashmiri leader Asia Indrabi had displayed Pakistani flag during a ceremony in Srinagar on March 22 to commemorate the celebration of Pakistan’s republic day this year.