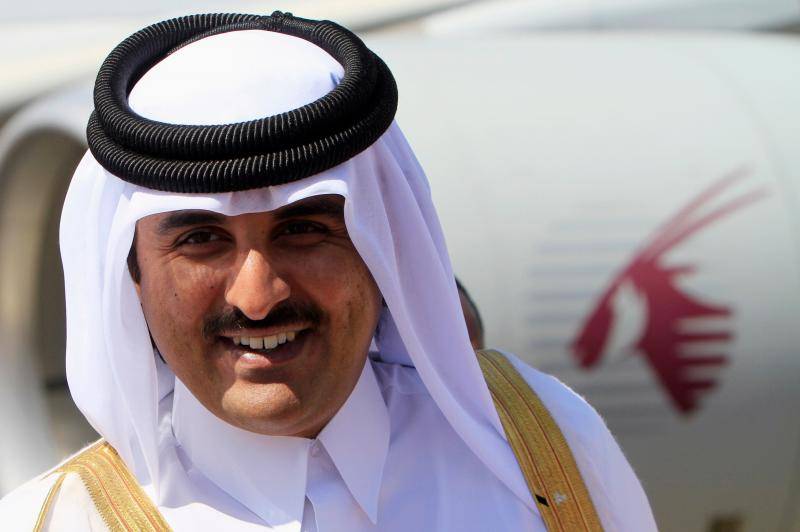 Sheikh Tamim assured Shahbaz Sharif of investment by Qatar in various sectors of national development in Pakistan as well as extend all out cooperation in coping with energy crisis, according to a hand-out issued here on Sunday. The Emir of Qatar said that Pakistan was a friendly country and its development and prosperity was very dear to Qatar that fully realized Pakistan's problems and would play its role to overcome these problems.

Besides meeting gas requirements of Pakistan, he said, Qatar would also continue its cooperation in agriculture, power generation and manpower sector, adding that Qatar fully appreciated recent efforts of Prime Minister Muhammad Nawaz Sharif for strengthening of Pak-Qatar friendship and the positive impact of cooperation in economic and trade sectors.

Sheikh Tamim said that bilateral trade and economic relations would further strengthen, since Qatar was fully aware of Pakistan's importance and its role in the region.

He asserted that the government, leadership and the people of Qatar wanted to see Pakistan a developed and prosperous country. While, Punjab Chief Minister said that Qatar was extending invaluable cooperation to Pakistan in overcoming energy crisis and hoped that Pakistan would be able to get rid of load-shedding with the cooperation of its friendly countries.

He also lauded the cooperation of Qatar to Pakistan in various sectors of national development and resolving of energy crisis.

Shahbaz Sharif said that a new era of Pak-Qatar relations was beginning and Qatar was extending commendable cooperation for strengthening trade and economic relations.

Under the leadership of Prime Minister Nawaz Sharif, he said, Pak-Qatar relations were getting stronger, as there were vast opportunities of investment in Pakistan especially Punjab.

He said that government was providing maximum facilities to foreign investors on priority and investors of Qatar could benefit from investment opportunities in various sectors in Punjab.

A highly conducive atmosphere had been provided for investment in Punjab and all necessary facilities were being provided to the investors under one-roof, he maintained. Federal Petroleum Minister Shahid Khaqan Abbasi and the PM's spokesman Mussadaq Malik were also present.