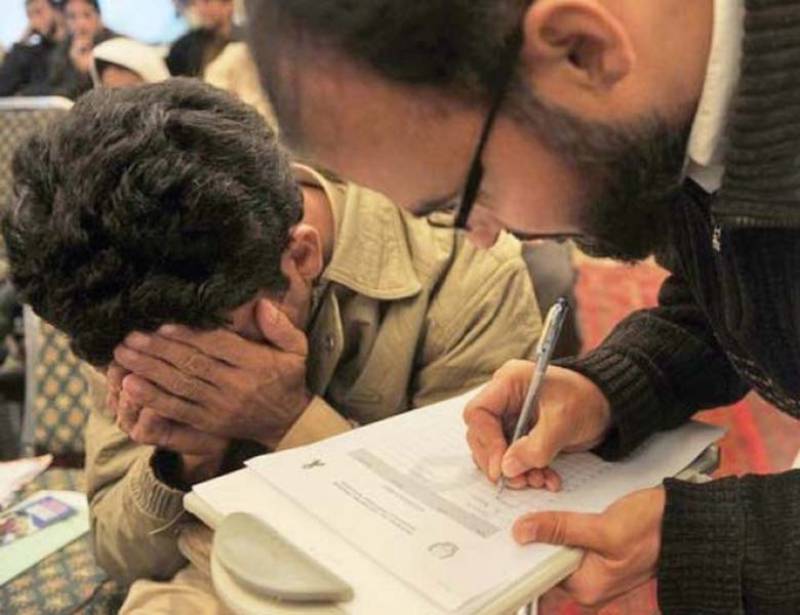 SARGODHA - Officials investigating the probable cause of HIV/AIDS spread in a Punjab village have confirmed 22 cases of infection, according to sources in Health department.

Chaudhry Mohammad Akram, a village elder from Kot Momin tehsil of Sargodha district, had earlier this week sent an application to Punjab Chief Minister Shehbaz Sharif, in which he drew the government attention towards the prevalence of this sexually transmitted virus among 600 individuals in a population of nearly 5,000 people.

In the application, Akram had urged the chief minister to send teams of the health department and doctors, specialized in tackling the disease, to the area in order to control it.

SARGODHA - In what appeared to be great negligence on the part of the health department, the virus of a lethal disease, ...

Soon after the application of Kot Imrana’s numberdar reached the CM Office, a health department team was dispatched to conduct screening of each and every village resident – which has brought forward shocking results.

Initial investigation carried out by Dr Nusrat of Punjab Health department reveals the virus had emerged in the area after a quack, Allah Ditta, started treating the patients some 15 years ago. The man himself died from an AIDS-related illness.

Orders for HIV screening of every resident of the village have been issued and the area has been declared highly sensitive.

Names of the infected people will be kept confidential, according to health officials.

Last year, a new national survey found that 132,000 people in Pakistan suffer from HIV. The survey was conducted using a grant from the Global Fund, and took 10 months to complete.