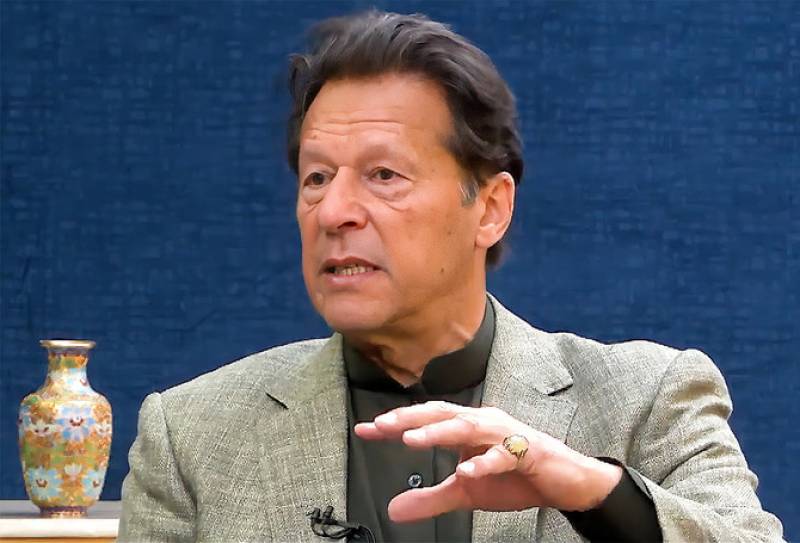 ISLAMABAD – Months after a strong movement seeking expulsion of the French ambassador from Pakistan, Prime Minister Imran Khan said in an interview broadcast on Tuesday his government was “in the process” of appointing an ambassador to France.

Earlier, the Pakistani government's decision to appoint an ambassador to France outraged the country’s religious right and sparked violent protests.

Thousands of activists from the Tehreek-e-Labaik Pakistan (TLP) clashed with security forces in Pakistan last year over a series of blasphemous caricatures published in the French satirical magazine, Charlie Hebdo. The protesters demanded that Pakistan break all ties with France over the cartoons and recall the ambassador to Paris.

After violent clashes in April, authorities designated the TLP a ‘terrorist’ movement and arrested its leader, Saad Rizvi.

In October, TLP launched a new protest asking for Rizvi’s release and the expulsion of the French envoy. Several policemen were killed in clashes and protests were called off after Prime Minister Imran Khan’s government struck a secret deal with the demonstrators. Neither side has disclosed details.

The South Asian nation currently has no ambassador in Paris.

In an interview with French daily newspaper Le Figaro, PM Khan said Pakistan was now planning to appoint its envoy to Paris.

“I think we are in the process of doing so,” he said, when asked about the appointment, adding that France was a “very important country” for Pakistan with regard to exports.

Following the Oct-Nov protests, Pakistan removed Saad Rizvi from its terrorism watchlist and later released him from detention. The government also freed 2,000 detained TLP members, lifted a ban on the group and agreed to let it contest elections.

In return, the TLP agreed to shun the politics of violence and withdraw a demand to have France’s ambassador expelled.

“Firstly, I mean Pakistan has half its exports, almost half of its exports into European countries,” PM said, explaining the importance of France. “France is one of the most important countries and a trading partner.”

PM Khan said the main interest of his government was to fix the economy and increasing the country’s exports was vital to achieve this.

“So, therefore, my main interest is the economy and because of that France is extremely important for us,” he said.

Asked how he intended to boost the bilateral relationship between the two countries, the Pakistani premier said there had hardly been any international travel due to the COVID-19 pandemic, but he would like to meet President Emmanuel Macron in the future and discuss the relationship in person.

Yousaf Raza Gilani was the last Pakistani prime minister to visit France in 2011.