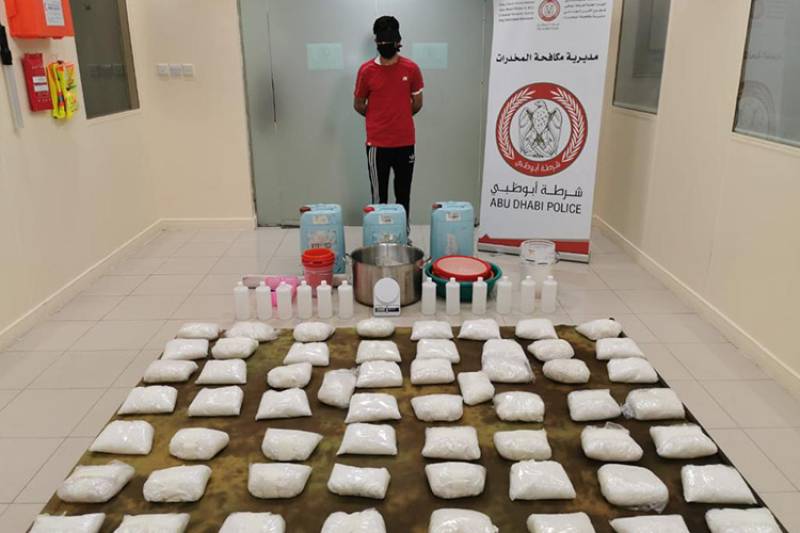 ABU DHABI – A huge cache of narcotics worth Dh1 billion have been seized in Abu Dhabi in the past months, the Emirati police announced on Friday.

Making the announcement on its social media accounts, the Abu Dhabi Police said that as many as 22 members of international drug trafficking gangs of different nationalities have been arrested after being found involved in the trafficking of a total of 1,041kg of the narcotics, including dissolved crystal meth.

Eight of those arrested were also found to be engaged in money laundering operations resulting from illicit drug trafficking, the Gulf News reported.

The capital police noted that the Dh1 billion drug seizure operations were made in the last quarter of 2020, as part of a series of cases closely followed by the Anti-Narcotics Directorate in the Criminal Security Sector in Abu Dhabi Police.