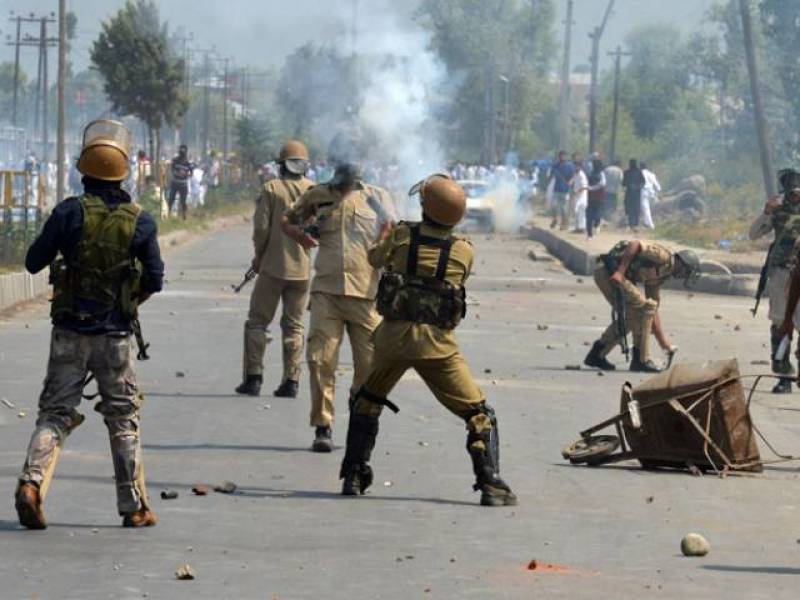 The Kashmiris were killed during a violent siege and search operation by the force in Wantiwen area of the town.

Meanwhile, people came out against the Indian oppression in the valley when Indian police used teargas shelling to disperse the protesters.

Massive clashes erupted between the protesters and the troops in the area.

In June 2017, the troops martyred 37 innocent Kashmiris and tortured around 775 civilians.