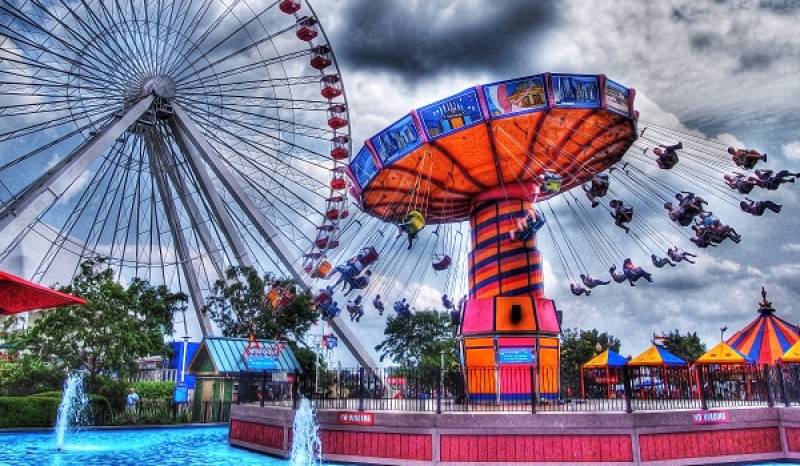 KARACHI - A teenage girl died while 16 people suffered injuries after a swing collapsed in an amusement park in Karachi on Sunday evening.

The swing was opened for a trial on Sunday but was shut down soon after the accident. A video shared by a social media user shows the ride came thundering down.

Another video footage of the horrific incident shows people desperately trying to help those trapped soon after a part of the ride that can spin a complete 360-degree revolution crashed to the ground.

Security forces rushed to the site and closed the Askari Amusement Park, near Old Sabzi Mandi. It was opened to public on Eid-ul-Fitr after addition of new swings and rides.

Children and women are among the injured who were shifted to the Jinnah Hospital, Karachi.

Caretaker Sindh Chief Minister Fazal-ur-Rahman took notice of the incident, ordering the Karachi commissioner to submit a report within 24 hours. He has also ordered an inspection of all the parks.

He said that the park will be closed until a full technical check-up is complete, adding the government would bear the expenses incurred to treat the injured people.

He further explained that legal action would be taken against the park administration, besides looking into how the park managed to obtain a no-objection certificate (NOC).