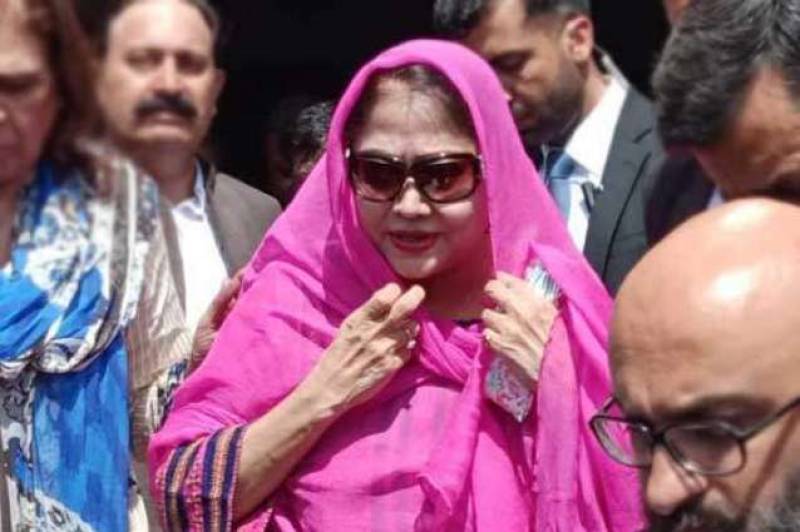 Faryal Talpur appeared before the Accountability Court on Saturday.

The NAB had requested for a 14-day physical remand to investigate her.

The court, however, approved her nine-day remand.

The anti-graft watchdog had arrested Faryal Talpur on Friday and declared her house as a sub-jail, after her brother Asif Ali Zardari was arrested upon dismissal of their permanent bail application by the Islamabad High Court (IHC) in connection to a mega-money laundering allegedly through fake banks accounts.

In its orders, the IHC allowed the NAB to arrest Zardari and Talpur. Both the PPP leaders now have the option to appeal the order in the Supreme Court (SC).

The NAB is investigating four cases where the former president and his sister are the prime accused.

The NAB’s investigation team has not shifted Talpur to their headquarters but will keep her under custody at her Islamabad residence for investigation.

NAB spokesperson in a statement said that NAB has already ensured preserving the self-esteem of Faryal Talpur and the Bureau will continue to do so in future also.

He urged media to avoid speculations in fake account case.