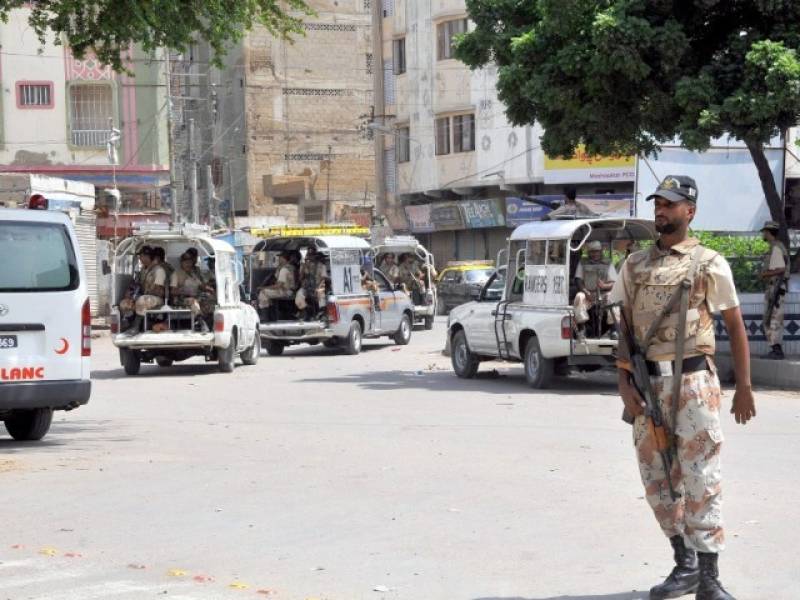 KARACHI (Staff Report) – Sindh Rangers on Friday apprehended as many as 78 suspected criminals during multiple raids in several areas of Karachi.

The raids were carried out in Landhi, North Nazimabad, Orangi Town, Shah Faisal Colony and Gulshan-e-Iqbal areas of the city, according to the paramilitary force spokesperson.

Terrorists, targeted killers and extortionists are included among those held in today’s action.

Earlier today Senior police officer Aijaz Haider was gunned down by unidentified assailants when they opened fire on his car in Pehlwan Goth area of Gulistan-e-Jauhar in Karachi.