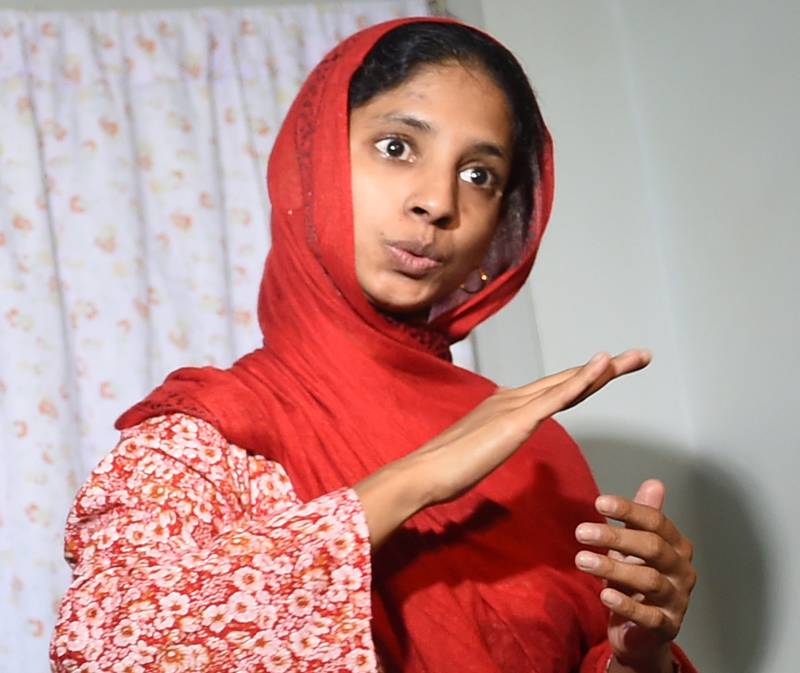 20-year-old deaf and mute girl, who lives in Edhi Foundation’s women shelter, was provided picture of her parents, which she recognised.

“The picture was provided to us by Indian embassy. It featured Geeta’s parents along with four brothers and a sister… She immediately recognised her family members,” Faisal Edhi said.

He said that Geeta hails from Bihar state of India, adding that arrangements have been finalized to send her home on Oct 26.

And afterwards Indian Foreign Minister Sushma Swaraj vowed to bring the story to a movie-style happy ending, tweeting: “We will bring Geeta back to India.”

Geeta, then aged 11 or 12, had no identity papers when she was found by police alone and disorientated on a train that had crossed the border into Lahore. Even the name Geeta was given to her by Edhi staff.

She was handed over to Edhi officials, who have looked after her ever since.

In Karachi she lives at an Edhi shelter for women and girls in a bustling area of the old city, where they discovered she was Hindu and set up a place for her to worship.

Geeta rings bells and lights incense and earthenware lamps to pray to different Hindu gods, whose images are kept on a table topped with a white cloth.

“She worships her deities in the temple and also offers prayers with her Muslim fellows and even fasts in the holy month of Ramadan,” Edhi said.