Corruption drives into Uber in Pakistan 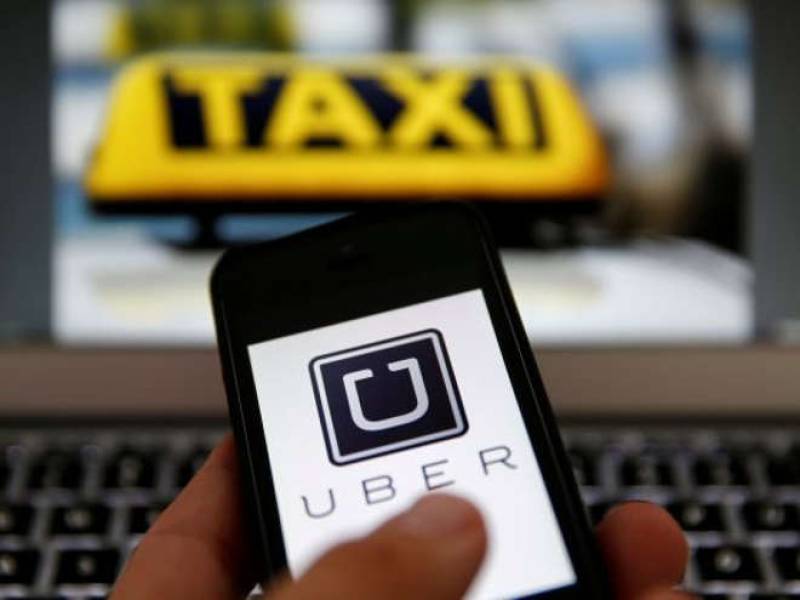 Uber, the taxi service that has disrupted transportation industry in the world, has been disrupted by corruption in Pakistan. From devious hacks to outright stealing - this is the story of how Uber is losing its way in Pakistan.

For those who have been living under a rock, Uber is a cab hailing app that has become an international giant in its own right. In March 2016, it launched in Pakistan - starting with Lahore. from the get-go, the app got riddled with issues. Actually, the app was not an issue - the people using the app were.

When Uber came to Pakistan, this was how it was supposed to work:

You can put your car on Uber. each driver will have his own account and a car registeration number to go with it. Drivers were given training and sexual harrassment seminars - which was great. The drivers were supposed to ride around on the roads of Lahore till they got a ride. Whenever there is a request for a ride, the driver will accept the ride and drive to the customer, pick them up, and drop them to the desired location. The app will bill automatically.

In case a driver does not get a ride all day, initially Uber was paying around Rs.270 per hour to make up for the lost business - this offer was revoked in September 2016.

Most drivers who drive 18 hours a day sleep in their cars, eat in their cars and use public toilets in between rides.

As soon as Uber came to Pakistan, it became a cash machine for rent-a-car services and car dealerships. The rent-a-car shops of Lahore, whose business Uber was supposed to destroy, immediately adjusted to Uber. They did so by putting all their free cars on Uber. They discovered another thing, if they turned on their app and parked their cars on some blind spots in Uber's map where there weren't many rides, their cars would earn for standing still.

That wasn't all. Some rent-a-car services started renting cars from individual car owners at 40, 50 thousand a month and then putting them on Uber, earning 120-150k a month - resulting in net profit.

To meet this huge influx of cars into the Uber market, these people went ahead and imported the cheapest labor (drivers) from villages near Lahore and rest of Punjab. These drivers were mostly illiterate, didn't know the directions in Lahore, didn't know how to use apps and smartphones, and on top of it all, extremely rude. To make them even more rude, they were overworked by the car-owners.

While Uber's model in other countries is to provide part-time or full time work to car owners, in Pakistan due to availability of this cheap unskilled labour, owner+driver model took over. This is the basic cause of all Uber's troubles in Pakistan.

Since these drivers did not own their cars and had no incentive to provide good service because they were on a fixed salary, they started cheating their customers at best and being rude and harrassing customers at worst. We talked to one long-time Uber rider and this is what he had to say:

"I have been an Uber rider since the very biggining, have taken more than a 100 rides. I have seen all types of issues with Uber. Sometimes drivers accept a ride because they are obligated by their owners to do so, but they refuse to go to destinations and force the rider to cancel their rides. Sometimes, and i have seen many cases, where the drivers just start a ride without you. Another scam that i have witnessed going on is that Uber drivers accept a ride, come to a location near you, stop accepting calls and force the rider to cancel a ride - getting Rs.150 in cancellation fees."

"One time i was stranded in front of a restaurant late at night with my wife and toddler. I requested an Uber and the driver I got was only 5 minutes away but his car wasn't moving. I called my driver and he said that he is waiting for his owner at a specific location and he has to drop him somewhere first, after which he will come to pick us up. When asked why he accepted a ride if this was the case, he started being extremely rude. I cancelled this ride and requested another, and the same driver accepted the ride again and again refused to cancel the ride. This happened 5 times in a row, while my wife and my crying toddler by the side of the road for 1 hour. On top of it all, the next day Uber suspended my account for 'too many cancellations'."

Similar experience has been reported by 2 females travelling alone late at night with their young babies.

In Pakistan, it seems that Uber drivers and car owners, instead of honorably using the amazing opportunity provided by Uber, have opted to use tricks, deciet, exploitation of workers and exploitation of the system to maximize their earnings while minimizing their costs and efforts.

The Uber team in Pakistan seems to having an extremely hard time managing their fleets, to make matters worse, there is no official Uber phone number listed where one can contact in case of emergency. There have been cases of Uber riders, especially female riders, being harassed by some drivers. Some drivers have also started calling female riders, trying to get inappropriate since they got their numbers.

Notably, Uber's app in North America and other countries has a phone number masking system in place. In this system both the driver and the rider never get each other's real number. Instead Uber uses a masked number for each user for the duration of the ride, this protects the real numbers of users while allowing them to communicate, hence protecting privacy of the user. Such a system is also needed in Pakistan where users, specially female riders, are even more concerned about their privacy than in the west.

Uber does not have a phone number for complains in Pakistan. However, you can still complain to Uber. 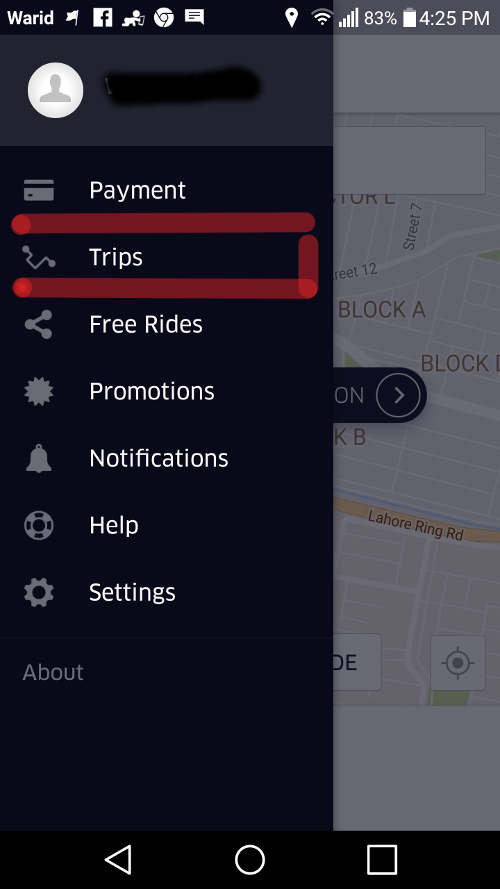 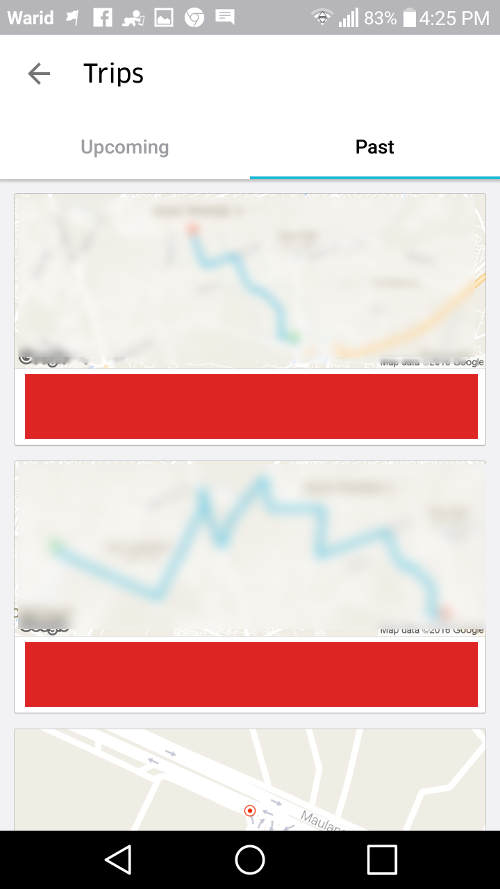 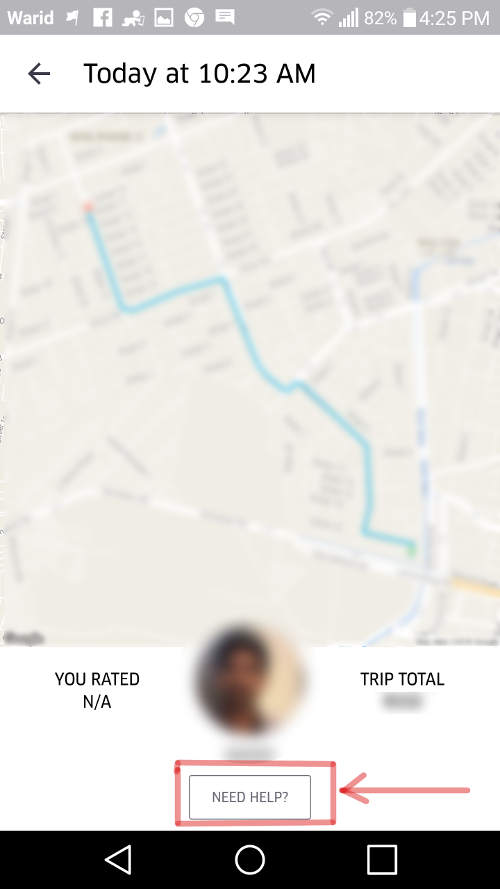 In The Uber app, go into past trips. Click on the trip you want to complain about. Click on the "Need Help" button at the bottom.

Not many people know about this method of complaining, that is why so many drivers get away with extremely poor quality of service.

Uber is a great service. They provide extremely affordably rides in good quality cars. It is unfortunate that Pakistani drivers and car owners instead of welcoming this service have opted to use it for their own profits, instead of being win-win for everyone.

We are keen to hear about your own personal experiences with Uber. Contribute to the story by sharing your experience in the comments below.

Update: Uber responds to mounting complains against its service