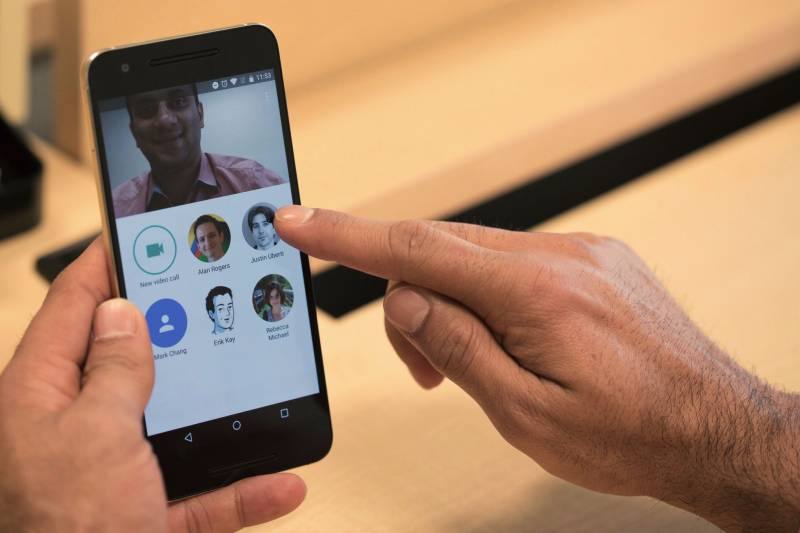 NEW YORK (Web Desk) - Search engine giants, Google, have finally stepped into the world of video calling with the release of its own video calling application "Duo".

The app which has been released for both android and ios users claims to offer a one to one video calling feature with an end-to-end encryption.

The interface is simple. You sign up with a phone number and that's it. Simply tap the account you want to video chat with. If the video quality deteriorates too much, the camera is disabled automatically and the audio chat goes on.

There is no such thing as video filters, group chats, texting and GIFs. It is a dedication to video conversations. The app is only available to mobile phone users. It is not compatible with tab and laptop.

Last but not the least, Duo has a feature called “knock knock” that sets the app apart from its competitors. If someone calls you using Duo, a notification will show you a video preview of the caller before you pick up. Seeing a video stream of your friend waiting for you to pick up seems like fun, doesn't it?.