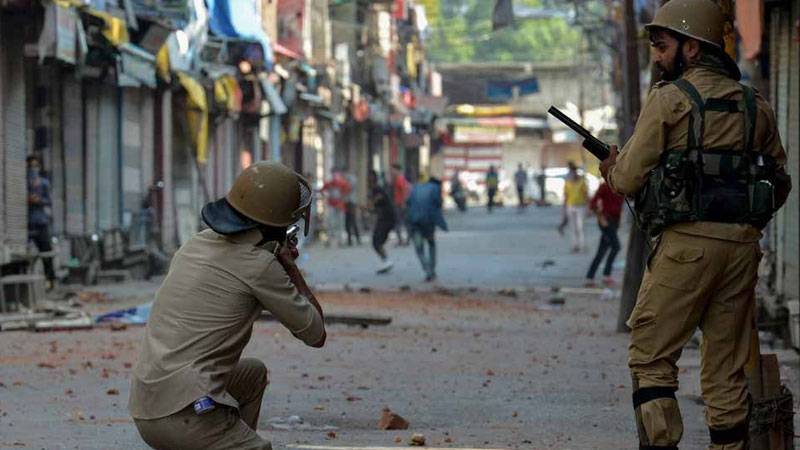 SRINAGAR (Web Desk) - In occupied Kashmir, six civilians, including a teenage boy were shot down and many others wounded in firing by Indian armed forces on peaceful protesters in Srinagar, Badgam and Islamabad districts, today (Tuesday).

According to details, four civilians were killed and over a dozen injured when Indian police and troops opened fire on the protesters at Aripanthan in Beerwah area of Badgam District.

A 10th class student, Muhammad Yasir Sheikh, was killed after Indian police at once fired on demonstrators in Batamaloo area of Srinagar. Police and paramilitary personnel ransacked houses and harassed inmates in the area.

Another young person was martyred when the forces’ personnel subjected the protesters to brutal power in the Larkipora area of Islamabad district. With these killings, the death toll in the ongoing Kashmir Intifada rose to 80 in the past 39 days.

The members of the business community also took for a protest march in Srinagar against the continued killing spree. Indian police arrested an Imam of a Masjid in north Kashmir’s Handwara area on the charge of handing over an anti-India lecture during his Friday prayer sermon.

On the other hand, people from all sections of the territory would get to the streets and conduct a 72-hour march towards the United Nations Military Observer Group at Sonawar in Srinagar, from tomorrow.