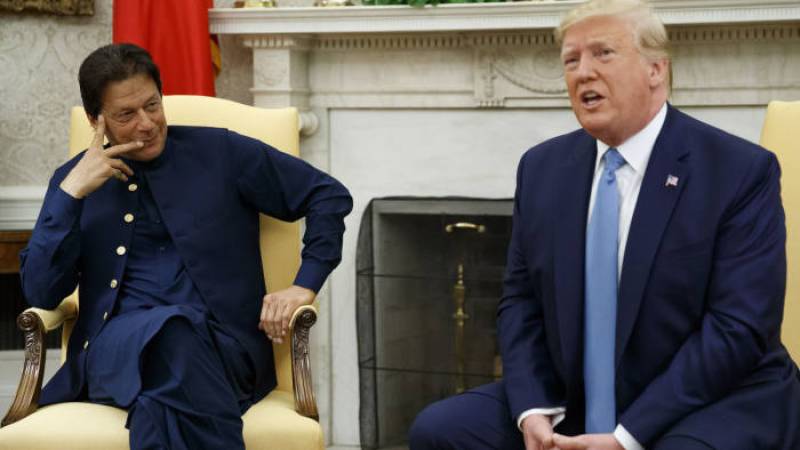 ISLAMABAD - Prime Minister Imran Khan talked to US President Donald Trump and briefed him about Pakistan's stance on Kashmir issue.

The telephonic contact took place on Friday, ahead of the United Nations Security Council meeting on the situation in Indian-occupied Kashmir.

Qureshi elaborated that Pakistan, like always, is committed to the peace process and the role Pakistan has played is for the betterment of the region.

The minister highlighted that the steps Islamabad has taken are for the mutual benefit of Pakistan and Afghanistan and for peace and stability.

He confirmed that direct contact had been established with four out of five permanent members of the Security Council and they are aware of Pakistan's stance.

The contact between Prime Minister Imran Khan and US President Donald Trump comes on the day, the United Nations Security Council (UNSC) is holding an exclusive meeting on Kashmir, for the first time in 50 years.

The Security Council is holding the consultative meeting in New York to discuss Pakistan's request to debate on India's act of revoking the special status of occupied Jammu and Kashmir.

The closed-door meeting kicked off at about 7 pm (Pakistan time)and the UN political department will brief the council on the situation in Indian-occupied Kashmir; Pakistan and India are not attending the session as both of them are not the members of the security council.

India had abolished Article 370 and Article 35A of its constitution, depriving occupied Kashmir of a special status.

The meeting has been called by China on Pakistan’s request to discuss the prevailing situation in occupied Kashmir where curfew has been imposed and citizens are being confined to their homes.