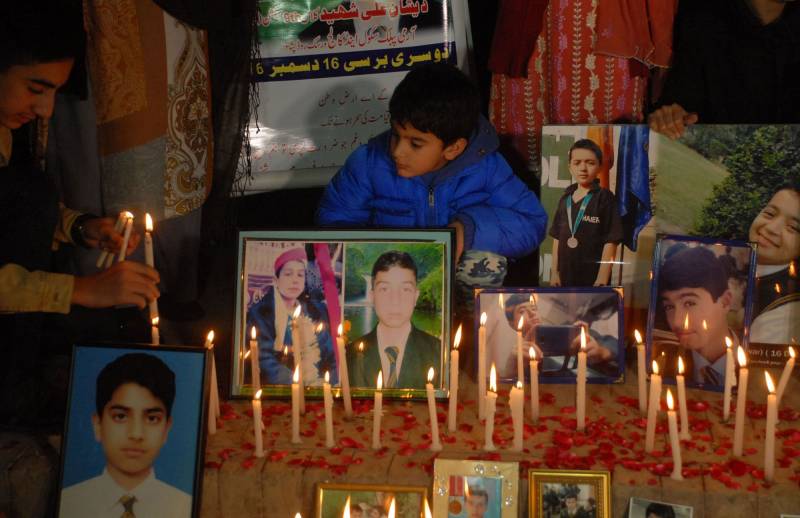 PESHAWAR - The third anniversary of the terrorist attack on Peshawar Army Public School (APS) is being observed today amidst tight security throughout Peshawar and other parts of Khyber Pakhtunkhwa.

A special function is being arranged at Army Public School Peshawar to mark the day.

About 150 people, including 138 students, were brutally murdered in a terror attack on APS on December 16, 2014, the responsibility of which was claimed by Qari Ehsanullah Ehsan, currently under detention.

A public holiday has been declared in all educational institutions of the country on December 16.

After this tragic incident, the government chalked out the National Action Plan (NAP) to eliminate terrorism from the country.

The Khyber Pakhtunkhwa government has constructed a memorial of APS martyrs in Peshawar, which will be inaugurated today (Saturday).