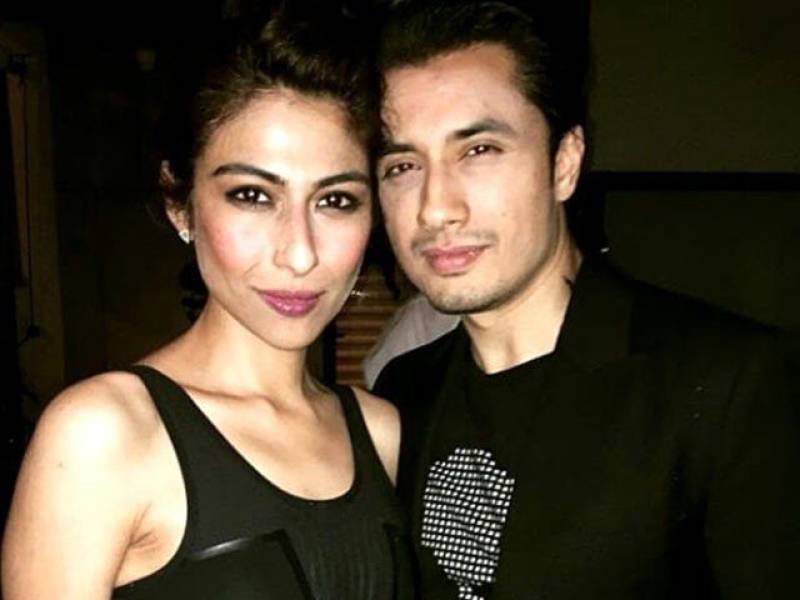 LAHORE – The Federal Investigation Agency (FIA) on Tuesday has declared singer Meesha Shafi and eight others guilty of running a defamation campaign on social media against Pakistani singer Ali Zafar.

The cybercrime Lahore wing of Federal investigators on Tuesday submitted an interim challan before the court of the FIR registered on the complaint filed by actor-singer Ali Zafar.

The FIA said the complainants were failed to provide witnesses to the sexual harassment. The cybercrime wing also appealed to the court for taking stern action against accusers for false accusations.

Earlier the 40-year-old filed a case against Meesha Shafi and other peoples at the cybercrime wing for running a smear campaign against him on social media.

Meesha Shafi, actor Iffat Omar, Maham Javaid, Leena Ghani, Haseemus Zaman, Fariha Ayub, Syed Faizan Raza, Humna Raza, and Ali Gul Pir have been named in the FIR although Humna Raza is no longer required in the investigation as she already stepped out after apology.

All of the people named in the case were booked on September 29 under Section 20 (Offences against the dignity of a natural person) of the Prevention of Electronic Crimes Act and Section 109 (Punishment of abetment) of the Pakistan Penal Code.

LAHORE – The latest development in the defamation suit filed by the Teefa in Trouble actor Ali Zafar against ...

Earlier in April 2018, Shafi took to Twitter to accuse Ali Zafar of physically harassing her on more than one occasion after which Zafar filed a defamation suit against the daughter of Saba Hameed along with others involved in the drive.

Zafar denied the accusation and wants her to pay compensation for the damage to his reputation and for leveling false allegations against him.

In a response to the development in this matter, Pakistani social activist Nighat Dad slams the English-language newspaper for 'misleading headline'. It’s the court of law that is supposed to decide whether certain content is defamatory and take cognizance accordingly. The FIA’s job under PECA is merely to “INVESTIGATE” an offence, she stated in a recent tweet.

It’s the court of law which is supposed to decide whether certain content is defamatory and take cognizance accordingly. The FIA’s job under PECA is merely to “INVESTIGATE” an offence & not to determine guilt. As usual misleading headline by @dawn_com especially in this case. https://t.co/le1j6BkwDa

LAHORE - The lawyer of Meesha Shafi, Mr Saqib Jillani, on Thursday pleaded for more time to prepare for the ...