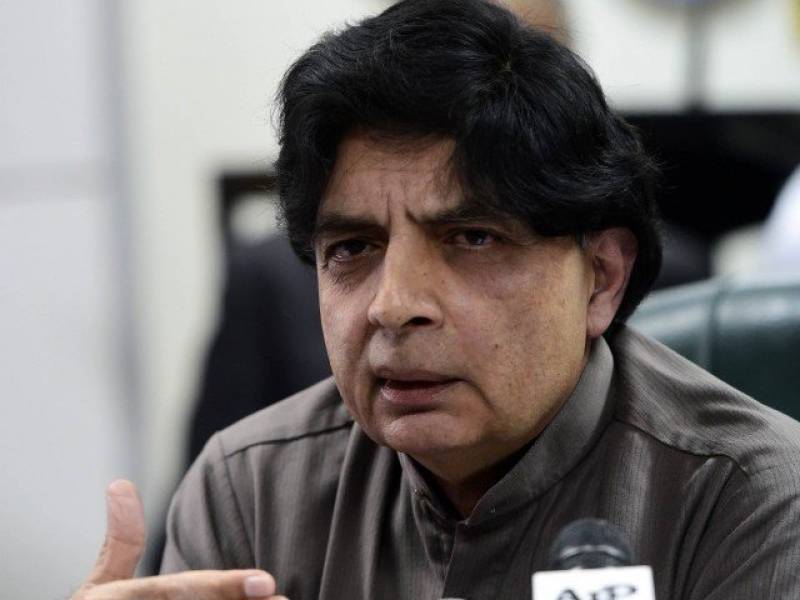 TAXILA (Web Desk) - Federal Interior Minister Chaudhry Nisar Ali Khan told media that he never said that there was no presence of Daesh in Pakistan.

He was addressing a press conference on Tuesday in Taxila.

Federal Minister clarified that decision makers of Daesh have no presence in the country.

The interior minister told journalists that there are 45 different terrorist organizations operating in Pakistan.

He added that it is the same people from these terrorist organizations that break away and take on the name of Daesh.

Earlier leader of the opposition Syed Khursheed Shah asked how terrorism can be eradicated in a country where the interior minister is so weak.