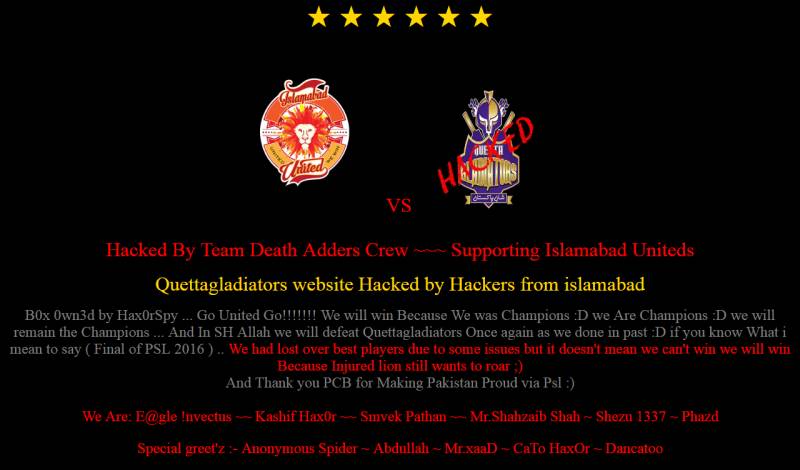 ISLAMABAD - The official website of the Quetta Gladiators was hacked and defaced by a self-proclaimed supporter group of Islamabad United calling itself 'Team death adders crew', it emerged Thursday.

The hackers defaced quettagladiators.com with a message mocking the team and forewarning them about the defeat.

"We will win Because we Are Champions we will remain the Champions," reads the text.

"And In S Allah we will defeat Quetta Gladiators Once again as we done in past if you know what I mean to say ( Final of PSL 2016 )."

The group said that in the past Islamabad United had lost due to some issues, adding it "it doesn't mean we can't win we will win Because Injured lion still wants to roar." "And Thank you PCB for Making Pakistan Proud via PSI," it added.