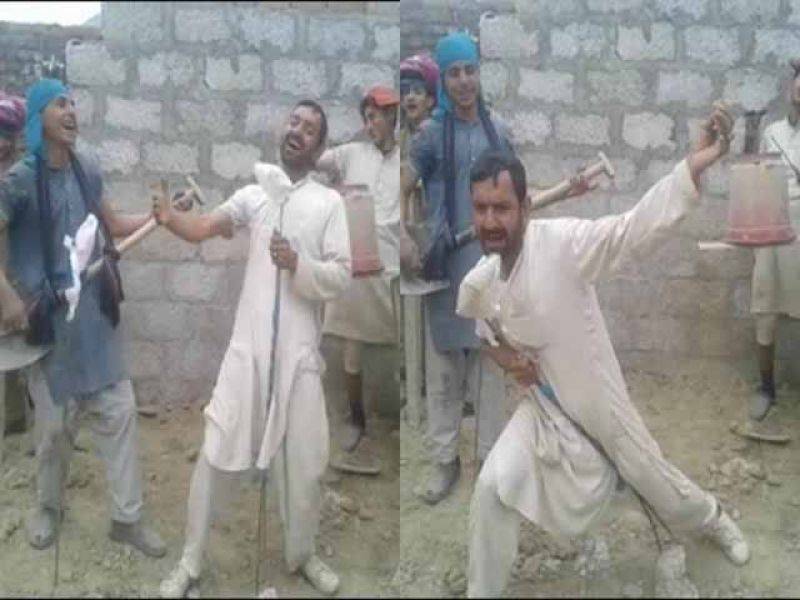 PESHAWAR - Converting their tools into musical instruments and muddy cloths into dresses like pop stars, four workers hail from tribal areas cast a spell over social media users by giving rocking performance that broke the Internet.

An amazing video posted on social media shows the drudgers enjoying performing on a song imitating like musical heroes.

Tribal areas, which are usually considered as conservative areas and dens for terrorists, are seeming peaceful after the operation Zarb-e-Azb launched by Pakistan Army to weed out terrorism as a big grin can be seen on their faces in the video.