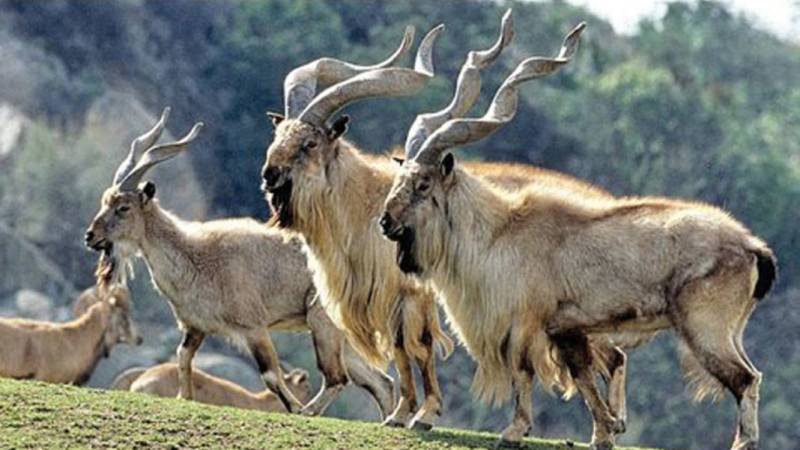 Assistant Director IWMB Muhammad Faheem Changwani said that the Board received information from its sources that an illegal markhor trophy was displayed in a local cafe. However, on the directions of manager operations, an IWMB team under his supervision raided on the spot to ascertain the veracity of its possession, he added.

He said on investigation from the restaurant management, no license of the trophy was produced by them whereas the IWMB team consequently confiscated the markhor trophy. The hotel management told that the trophy belonged to person namely Khalid who was the proprietor of the restaurant and claimed that he received it as a gift from someone.

CHITRAL – A hunter from USA, who had arrived in Pakistan through a helicopter for hunting Markhor in the limits of ...

According to the Islamabad Wildlife Ordinance 1979 and its Wildlife rules of 1983 a fine of Rs 1,000 maximum and one year imprisonment could be imposed on the violators where the legislation should be revised to curb the illegal hunting and trade of endangered species, he added.

No first information report was lodged against the violator as the restaurant owner claimed to pursue the matter to fulfill all legal requirements on violation, he added.

He said as many as 12 licenses per year were issued by the respective authorities for Markhor hunting where last year a single license was sold for Rs 10.07million. "The trophy would be kept as a state property in the office of IWMB," he added.