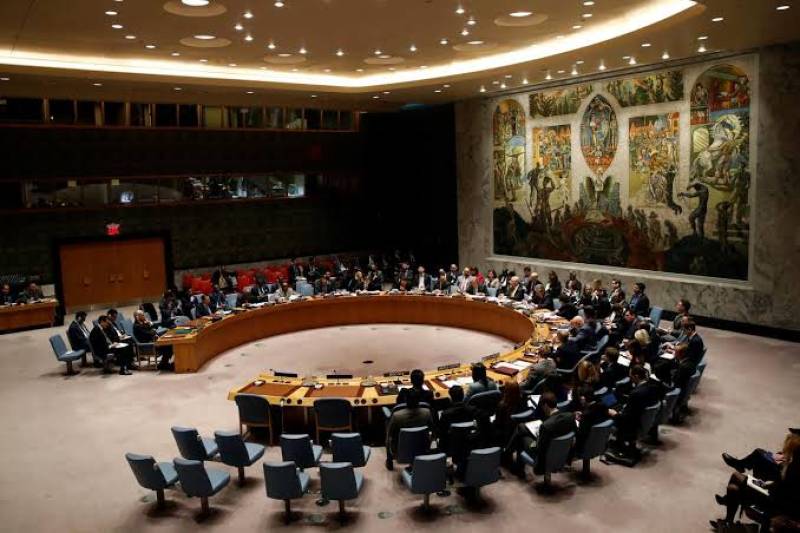 NEW YORK - The United Nations Security Council, which met behind-closed-doors in New York, has discussed the grave situation in Indian occupied Kashmir for the second time in five months, with diplomats voicing concern over the escalating tensions between India and Pakistan.

After the meeting, China's UN Ambassador Zhang Jun told reporters at UN Headquarters that we had a meeting on Jammu and Kashmir.

He said the 15-member Council heard a briefing from the UN Secretariat on the situation.

He said the issue of Kashmir between India and Pakistan is always on the agenda of the Security Council.

Replying to a question, the Chinese Ambassador to the UN said our position on Kashmir issue is very clear.

China regards Kashmir as a territory disputed between India and Pakistan and supports UN resolutions calling for the exercise by Kashmiri people of their right to self-determination through a UN-supervised plebiscite.

To another question, the Chinese envoy said he is sure the meeting helped both parties to understand the risk of further escalation and will encourage them to approach to each other and to have dialogue and to seek means to seek solutions through dialogues.

He said Russia firmly stands for the normalisation of relations between India and Pakistan.

The Russian diplomat said we hope that differences between them will be settled through bilateral efforts based on the Simla Agreement and the Lahore Declaration.