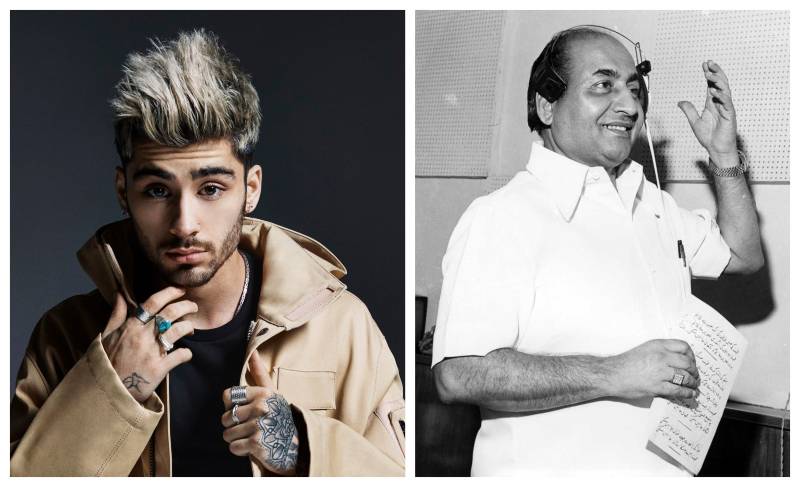 Singer and songwriter Zayn Malik has just released his third solo album titled Nobody is Listening, with 11 tracks on the list and the album has been the talk of the town ever since.

In a quintessential Zayn Malik style, he released the 35 minutes long album with 11 tracks showcasing all the best qualities of his music while catering to his own vocal abilities, but his song Tightrope which is a soft track, steals the show.

Paying homage to his Pakistani roots, the 28-year-old singer croons the lyrics of the celebrated musician Mohammad Rafi's iconic Chaudhvi Ka Chand. The 1960's masterpiece gives blast from the past - getting Rafi's admirers nostalgic.

The Pillowtalk hitmaker has been lauded for setting this trend up. While this isn't the first time he has tried his hand at Urdu, he has also been appreciated for his dictation which improved a lot.

Previously, the former member of One Direction dropped his phone number on Twitter as a promotion strategy for his new album, Nobody is Listening.

Celebrities are all about keeping their personal life private, but singer and songwriter Zayn Malik is doing the ...