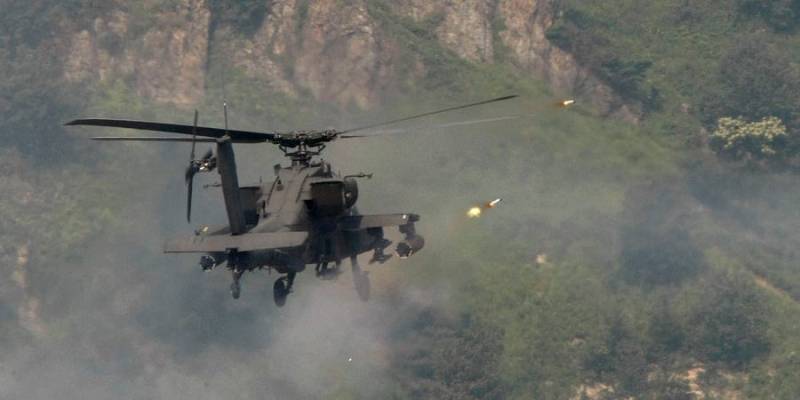 BEIJING - China recently test-launched a new type of helicopter-based air-to-ground missile, which is at a world-leading level, according to the weapon’s developers.

The missile is likely to excel at range, accuracy and power, making it a nightmare for hostile tanks and fortifications, aviation experts said.

An undisclosed type of helicopter conducted the test firing of the missile at a test site in Alexa, North China’s Inner Mongolia Autonomous Region on June 22, Global Times reported while quoting China Aviation News, a newspaper affiliated with the state-owned Aviation Industry Corp of China (AVIC).

The missile accurately hit its target, marking the successful, first test launch of the missile, the report said.

“In the whole world, [the missile] is in a leading position,” the report quoted an unidentified test employee as saying. The report did not reveal the new missile’s designation or its capabilities.

Fu Qianshao, a Chinese military aviation expert said that in order to be called “world-leading,” the air-to-ground missile must have a very long effective range, an advanced guidance system that enables very high accuracy, and a very powerful warhead that can penetrate a tank’s thick armour.

It is not surprising that China’s new missiles have become world leaders after seeing the performances of previous missiles like the HJ series, Fu said.

The Chinese People’s Liberation Army (PLA) operates multiple types of attack helicopters, including the Z-10 and Z-19, both of which were recently upgraded.

According to a photo released by PLA’s 80th Group Army in February, an upgraded Z-10 featured exhaust openings that face upward instead of outward, which experts said will make it harder to target by infrared sensors.

The Z-19, lighter than the Z-10, saw an extra millimetre-wave fire control radar installed on the top of its rotor at the Fifth China Helicopter Exposition in Tianjin in October 2019. The new radar can give the chopper the capability to search and track targets over long distances in complex weather conditions day and night, and provide accurate targeting data for guided weapon systems.

Among other weapons and equipment, many Z-10 attack helicopters were reportedly mobilized to western China’s plateau regions for drills amid border tensions with India.

When equipped with the new missile, the PLA’s helicopters will become even deadlier, particularly to enemy tanks, armoured vehicles and fortifications, experts said.

China is also building amphibious assault ships that can carry helicopters and extend their capabilities across seas, analysts noted.