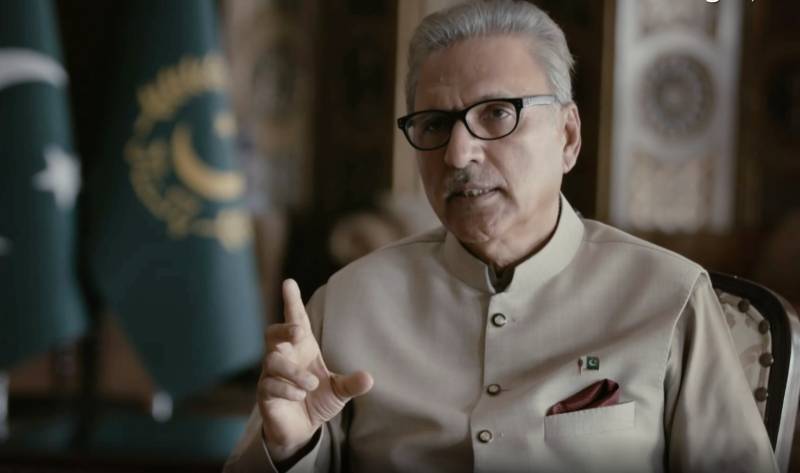 ISLAMABAD - President Dr Arif Alvi said the entire nation including the government and the religious scholars deserve the credit for the country's win against the COVID-19 as the curve of Coronavirus is flattening.

In an interview with a private TV channel, he said the country's testing capacity has been enhanced to 70,000 per day.

The President said the incumbent government did not get panicked and took care of the poor people to save them from the adverse economic impacts of the pandemic.

He said the ongoing debate on NFC Award, 18th Amendment and other subjects is healthy sign which will bring improvement, the Radio Pakistan reported.

About the government's anti-corruption efforts, Dr. Arif Alvi said for the first time the probe reports into corruption scams were made public which would create a deterrent for the corrupt people.

Turning to Indian atrocities in Occupied Jammu and Kashmir, the President said by Muslims' persecution, India is distorting its own history.

He said Prime Minister Imran Khan had rightly labeled the BJP as a fascist party, which is pursuing the agenda of Hindu supremacy.

About the civil-military ties, the President said all four pillars of the state are on same page and same direction when it comes to the interest of the state.