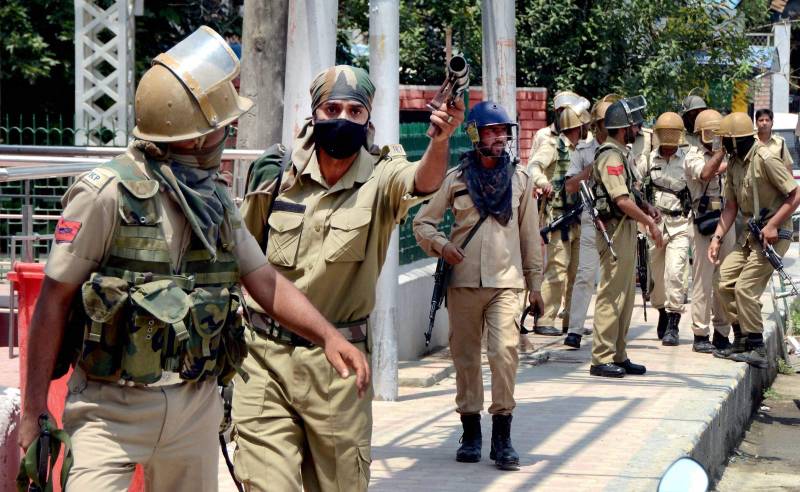 The youth identified as Sheeraz Ahman received bullet injuries When Indian police opened fire on protesters gathered after Eid prayers at Ashajipora against the killing of a teenager by Indian Army a day before.

Around ten people also injured during the incident when the troops used tear gas shells and pellet guns to disperse the people who were shouting slogans in favour of Pakistan, demanding freedom from India.

Pakistani flags and banners carrying anti-Indian slogans were hoisted at different areas of the valley.

As many as thirty-three Kashmiris, including two young boys, were martyred in occupied  Kashmir in the April this year.

According to the data compiled by the Research Section of Kashmir Media Service, the martyred locals included one who was gunned down in a fake encounter while four women were widowed and six children were also orphaned.

Besides the casualties, 762 civilians were injured when Indian troops and police personnel resorted to brute force, bullets, pellets, and teargas shelling on protesters.