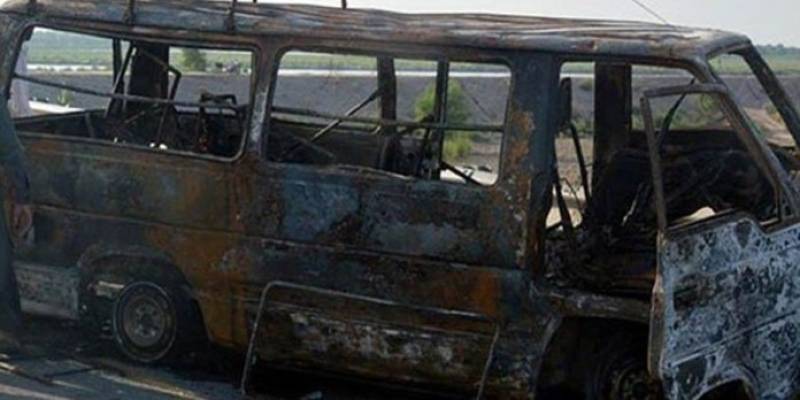 NAROWAL – At least five persons including a woman and child were burnt to death while several others got injured when a gas cylinder installed in a passenger van exploded on Zafarwal road in Narowal district early Sunday morning.

According to Rescue officials, the ill-fated van caught fire as a CNG cylinder installed in it exploded after a collision with the van. As a result, five persons were burnt to death and several other sustained burn wounds.

Rescue teams reached the site and shifted the deceased and injured to District Headquarters (DHQ), Narowal.