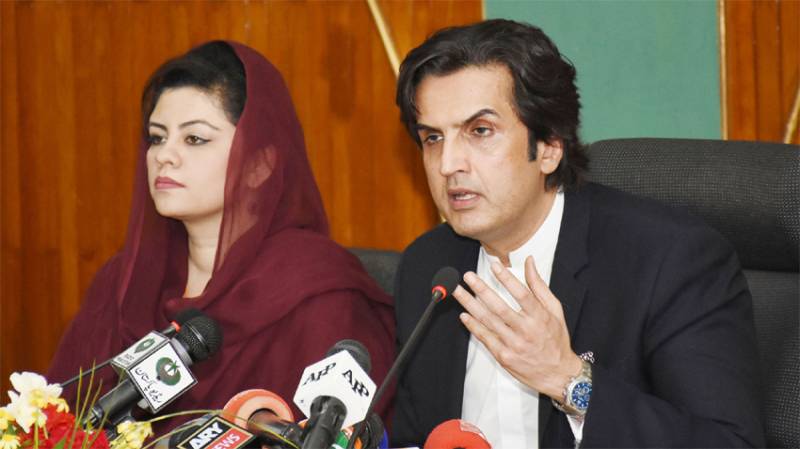 ISLAMABAD - Federal Minister for Planning and Development Makhdum Khusro Bakhtyar said that Finance Ministry has entered into an agreement worth 3.4 billion dollars with Asian Development Bank (ADB) for budgetary support.

Addressing a news conference in Islamabad on Saturday, he said that a sum of 2.1 billion dollars will be released this year under the agreement, the Radio Pakistan reported.

Makhdum Khusro Bakhtyar said that 951 billion rupees have been allocated under the public sector development program in the budget for next fiscal year including 251 billion rupees for promotion of public-private partnership in business activities.

He said a sum of 73 billion rupees has been allocated for development projects in erstwhile FATA in comparison with 34 billion rupees in the previous budget.

The minister said that Balochistan has a pivotal role in the development strategy of incumbent government and development projects worth 76 billion rupees will be started in various areas of the province.

Khusro Bakhtyar said projects worth 48 billion rupees will be started and implemented in Southern Punjab, Southern KPK and interior Sindh to bring them at par with developed parts of the country.

The Planning Minister said the government has earmarked 34 billion rupees for 45 development projects in Karachi.

He said as Federal Capital Territory is under the domain of federal government, new projects worth eight billion rupees will be started in the areas of health, education and infrastructure.

The Planning Minister said the government is taking serious steps to improve the power supply situation in the country and will invest in transmission, smart metering and other power-related infrastructure. A sum of eighty billion rupees has been allocated for the purpose.

He said the government is committed to saving water for the future of coming generations and has allotted a sum of 70 billion rupees for Mohmand, Bhasha and Dasu dams.

Makhdum Khusro Bakhtyar said agriculture has been given special focus in this budget with an enhanced allocation of 12 billion rupees viz-a-viz 1 billion rupees in the previous budget.

He said the government is cognizant of the adverse impacts of climate change and has earmarked a sum of 9.5 billion rupees under the clean green program.

The minister said a robust development package of 62 billion rupees has been allocated for the development projects in Azad Jammu and Kashmir and Gilgit Baltistan.

Replying to a question, he said the foreign policy of the country is independent and there is no pressure whatsoever from any country on us.

He said the Emir of Qatar will be visiting Pakistan soon to further cement the existing brotherly relations between the two countries.

The Minister told a questioner that under CPEC's Western Corridor, work on Quetta-Zhob road has started while the work on Sukkur-Hyderabad on Eastern Corridor will be completed soon.