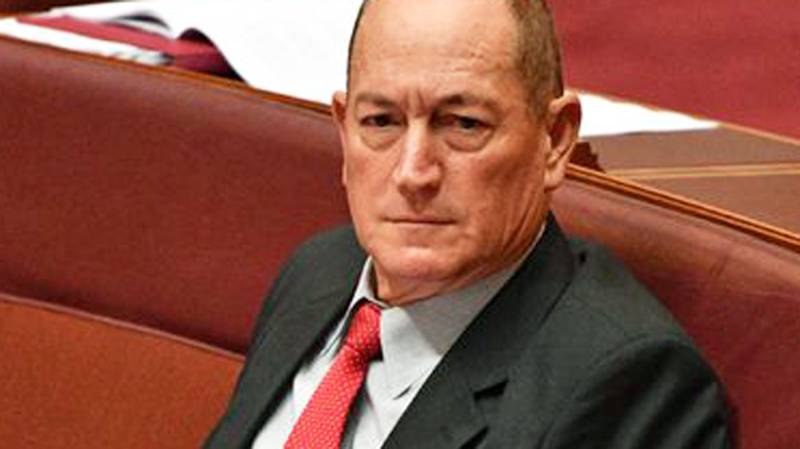 MELBOURNE - Australian Senator Fraser Anning was egged on Saturday, for blaming the New Zealand mosque shootings on Muslim immigration, at an event in Melbourne.

In a video go viral on social media, a young boy smashed an egg over the senator’s head as he was talking to journalists. The young boy was slapped on his face by the shocked senator, in response before a fight breaks out.

Someone has just slapped an egg on the back of Australian Senator Fraser Anning's head, who immediately turned around and punched him in the face. The same Senator who blamed Muslim Immigrants for #NewZealandTerroristAttack #Christchurch pic.twitter.com/gKXtUFx1wQ

The 17 years old young boy was arrested by the Victoria police in connection to the incident and was released later on being charged.

UPDATE: The boy who egged disgraced Senator Fraser Anning has been released by @VictoriaPolice without charge. @7NewsMelbourne

Earlier, after the Christchurch attacks, which killed 50 people Anning said in a statement that “I am utterly opposed to any form of violence within our community,” adding that “however, whilst this kind of violent vigilantism can never be justified, what it highlights is the growing fear within our community, both in Australia and New Zealand of the increasing Muslim presence.” 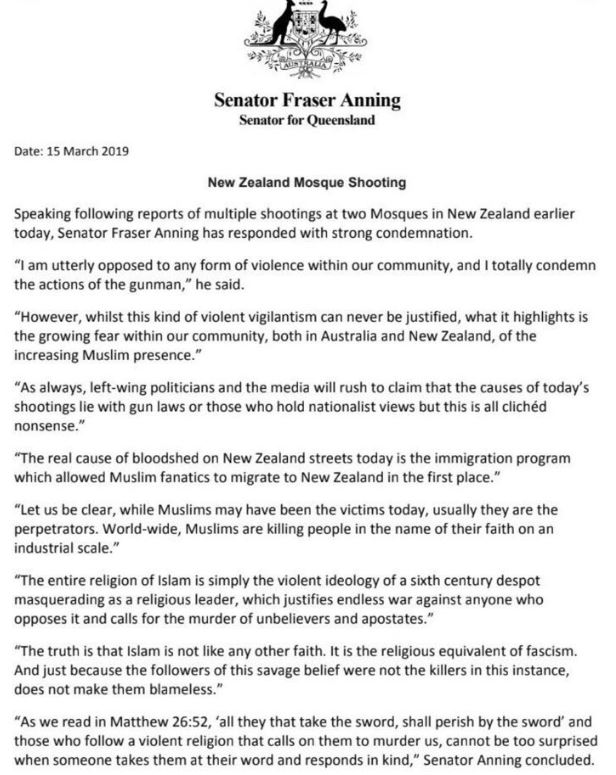 The senator went on to say that “the real cause of bloodshed on New Zealand streets today is the immigration program which allowed Muslim fanatics to migrate to New Zealand in the first place.”

He also posted a statement on Twitter in which he tried to draw a link between Muslim immigration and violence.

After his statement, Australia’s Prime Minister Scott Morrison announced that the government will censure the senator adding that the senator’s remarks blaming the murderous attacks by a violent, rightwing, extremist terrorist in New Zealand on immigration are disgusting.