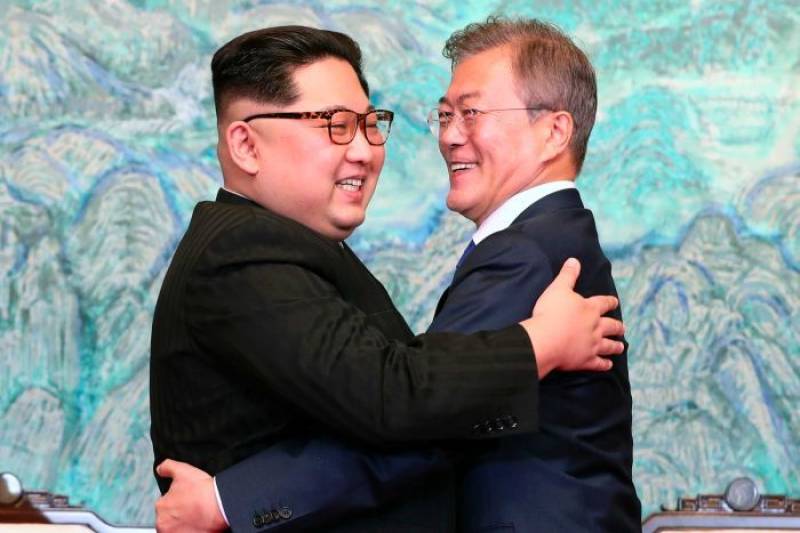 PYONGYANG - North Korea has suspended high-level talks with South Korea over latter's joint military exercises with the US, threatening that the much-awaited summit between Donald Trump and Kim Jong-un can also be reviewed.

A statement published by the state-run Korea Central News Agency (KCNA) on Tuesday said the exercises were a "provocation" and a rehearsal for an invasion.

The talks, which now stand cancelled, were agreed earlier this week and were set to take place at Panmunjom, a military compound in the demilitarised zone between the two countries, today.

The latest drills codenamed Max Thunder involve some 100 warplanes, including an unspecified number of B-52 bombers and F-15K jets and both US and South Korea play down the importance of it, insisting the drills are purely for defence purposes and based out of a mutual defence agreement signed in 1953.

Pyongyang's decision has not only cast aspirations over the North-South detente but also serves as a warning shot for the US ahead of the historic Trump-Kim huddle on June 12.

The statement officially carried by the state-media added that North Korea would never accept economic assistance from the US in exchange for unilaterally abandoning its nuclear program.

North Korea's First Vice Minister of the Ministry of Foreign Affairs, Kim Kye Gwan was quoted as saying that the country never had any expectation of US support in carrying out economic construction and 'will not make such a deal in future'.

"The United States will also have to undertake careful deliberations about the fate of the planned North Korea-US summit in light of this provocative military ruckus jointly conducted with the South Korean authorities," the KCNA report said.

On the other hand, Washington gave a rejoinder quickly that there was no doubt over the planned summit in Singapore.

State Department spokeswoman Heather Nauert defended joint US-South Korean military exercises and said the US had not heard of any disruptions to either the planned exercises or the upcoming summit.

In a dramatic turn of events, Donald Trump had announced that he will hold a meeting with North Korean Kim Jong-un on June 12th in Singapore.

Trump took to his traditional tool of communication and announced the details on Twitter on Thursday morning, saying the duo will try to make it a very special moment.

The highly anticipated meeting between Kim Jong Un and myself will take place in Singapore on June 12th. We will both try to make it a very special moment for World Peace!

Kim-Trump huddle is of historic importance as this will be the first-ever meeting between a sitting US president and a North Korean leader.