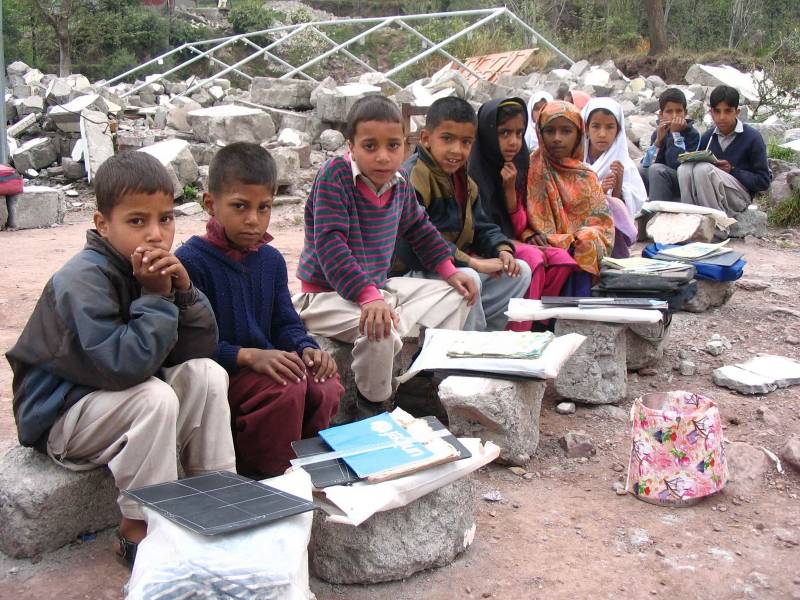 ISLAMABAD - The Federal Minister for Education and Professional Training Shafqat Mehmood has told the Senate on Friday that 28,000 to 30,000 Children in the federal capital do not go to schools.

In a statement in the Upper House of the Parliament in Islamabad, Shafqat Mehmood further said that there are 385 teachers’ posts which are lying vacant in Islamabad educational institutions.

Shafqat Mehmood said that the recruitment on 250 vacant posts in educational institutions has to be carried out through the Federal Public Service Commission (FPSC).

The State Minister for Climate Change Zartaj Gul told the House that the federal government has a target of planting 10 billion saplings across the Country, and added that provinces have been asked to prepare PC-1s to set their targets and records of planting the trees.

Zartaj Gul said that said that Karachi, Faisalabad, Lahore and some other major cities have a high rate of air pollution. She said that the Environmental Protection Agency (EPA) is assessing the rate of pollution in these cities and taking measures to overcome it.

The minister said that juniper trees in Balochistan are a great asset for the province and these will be planted more under the green Pakistan program.