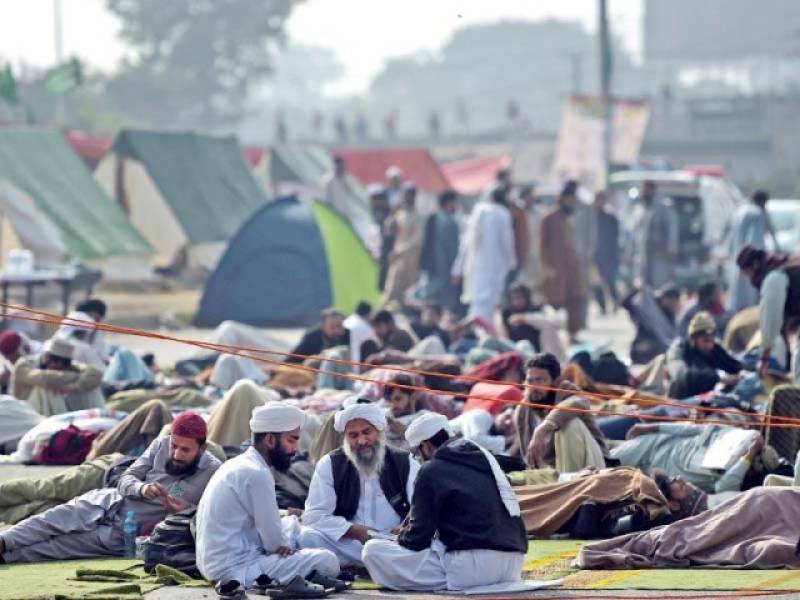 ISLAMABAD - The Supreme Court of Pakistan expressed anger on Friday over the absence of the Attorney General of Pakistan (AGP) and questioned the government's seriousness in a case pertaining to the sit-in staged by the Tehreek-e-Labbaik Pakistan (TLP) at Faizabad Interchange in 2017.

As the hearing progressed, Deputy Attorney General Sohail Mehmood informed the apex court that AGP was not present, thus the hearing should be adjourned. To this Justice Isa asked, “Where is the attorney general? Is it his choice whether to show up or not?”

The deputy attorney general responded "The AGP is in Lahore. The chief justice had directed him to go to Lahore in connection to some cases.”

At this, Justice Isa said, “The court not the Chief Justice issues directives. We are also part of the court and fixed this date at the request of the attorney general.”

Speaking about the Faizabad sit-in, Justice Isa said, “Pakistan was shut down, which case can be more important than this?” He added, “This is not a joke. Who pays the attorney general?”

“The AGP is paid from the money received from citizen’s tax deposits,” the deputy attorney general replied. In response, Justice Isa said, “If his salary comes from tax deposits then he is answerable.”

“If the government does not want to pursue this case then it should inform the court and bury it,” Justice Isa remarked.

Furthermore, the judge said, “We should be told whether the government wants to make Pakistan a working state and whether you want to run it as per the law or through street power.”

Emphasizing on the gravity of street politics, the judge asked whether Pakistan Tehreek-e-Insaf had tendered an apology for the 2014 sit-in at Constitution Avenue – keeping in view the party failed to prove rigging allegations before the commission probing General Elections 2013.

Recalling the May 12 carnage in Karachi, Justice Isa observed that the matter was seldom spoken about “because a general was ruling the country at the time."

Last year in November, the top court had taken suo motu notice of the sit-in staged by TLP leaders and activists at the Faizabad Interchange.

The three-week long sit-in, which had paralysed the federal capital, was called off on November 27 after protesters reached an agreement with the government.