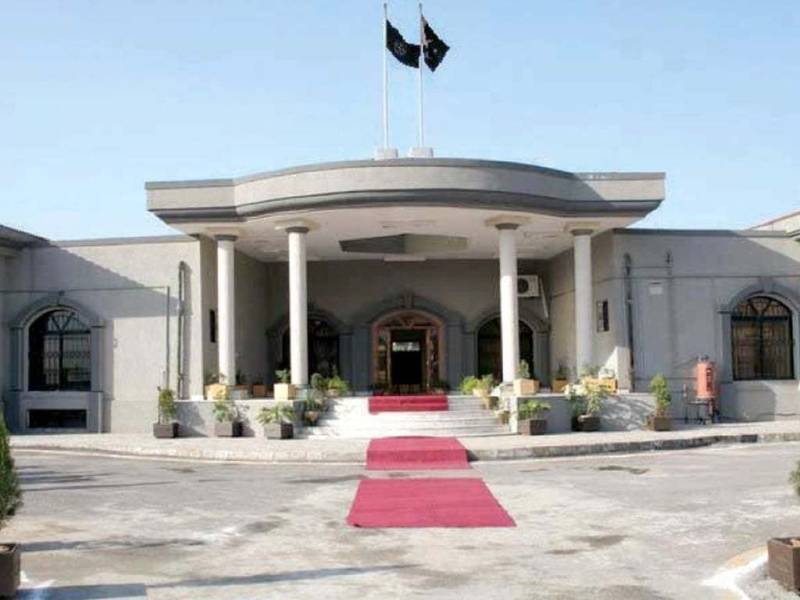 ISLAMABAD – The Islamabad High Court (IHC) on Tuesday served show-cause notices on all the parties during the hearing of a case relating to the allegations levelled against ex-CJP Saqib Nisar by former chief justice of Gilgit-Baltistan Justice (retd) Rana Shamim.

The IHC had summoned Rana Shamim, editor-in-chief of The News, editor of the newspaper and journalist Ansar Abbasi, however, Shamin was not able to turn up today.

“Mian Muhammad Nawaz Sharif and Maryam Nawaz Sharif must remain in jail until the general elections are over. On assurances from the other side, he (Saqib Nisar) became calm and happily demanded another cup of tea,” this is what was said in the affidavit of the former top judge of GB talking about the then chief justice of Pakistan.

During the hearing, apologising for his father’s absence, Shamim’s son asked the court staff for permission to play a video in the courtroom, but it was denied.

Shamim’s lawyer appeared in court on his behalf and was questioned over the former GB chief justice’s absence.

The lawyer informed the court that Shamim wasn’t feeling well as he had arrived last night from Arifwala. He said Shamim’s brother had passed away.

The attorney-general was asked what would be the result if Shamim’s affidavit proves to be false.

The attorney-general highlighted the importance of timing in this matter.

“Shamim’s brother died on November 6 and he went to London and took the oath on November 10,” he said, adding that that the timing of the affidavit is very important.

The IHC CJ called Mir Shakil-ur-Rahman to the rostrum.

The court said there is a difference between social media and newspapers, adding that a newspaper has an editorial policy and editorial control.

The IHC CJ maintained that if he did not trust his judges, he wouldn’t have started the proceeding.

“The judges of this court are accountable and face criticism,” Justice Minallah said, adding that if the people do not trust the judiciary, there will be chaos in society.

He recalled that a propaganda campaign was launched against him on social media that he had taken a flat in the UK. “If a former chief justice gives an affidavit, will you print it on the front page?” he questioned.

The court sought a reply from all parties in seven days, and ordered them to appear in person on November 26.