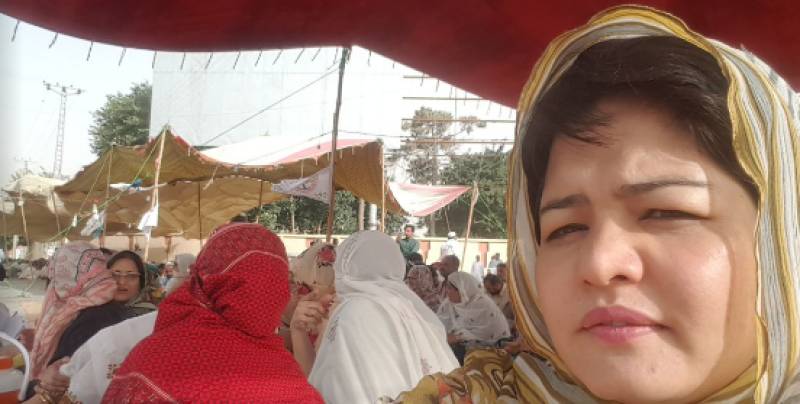 HAZARA - Jalila Haider, a Hazara woman from Pakistan, is being recently named among the 100 women of 2019 list compiled by United Kingdom-based news outlet British Broadcasting Corporation.

Haider, who is a human rights lawyer, specialises in defending women's rights in Pakistan and provides free legal services to women in poverty across the country.

She is also the founder of We the Humans, a non-profit organisation working with local communities to provide opportunities for vulnerable women and children.

According to the BBC, she is the first female lawyer from the Hazara community, and in 2018 she went on hunger strike demanding protection for her people.

Taking to social networking platform Twitter, Haider expressed profound joy at being named in the list and said it was an honour for her to represent Pakistan on the list.

"Wow, This is an honour for me that I am among the @BBC100women list 2019 from Pakistan. I want to congratulate Parveen Ahanger @_APDP also to be the among the list. More power to the brave women of Kashmir," she wrote on Twitter.

Wow, This is an honor for me that I am among the @BBC100women list 2019 from Paksitan. I want to congratulate Parveen Ahanger @_APDP also to be the among the list. More power to the brave women of Kashmir.@nighatdad @mariaItarana @BBCWorld @BBCUrdu @IsmatShahjahan https://t.co/xMdFEK2hxc

"Looking back into the past leads to the realisation that the politics of conflict, war and destruction are interconnected with Patriarchy. This is the time now that the world should accept the future as female," Haider said.

Other women on the list include Precious Adams from the United States, Parveena Ahanger from Indian-occupied Kashmir, and Jasmine Akter from the Rohingya community.