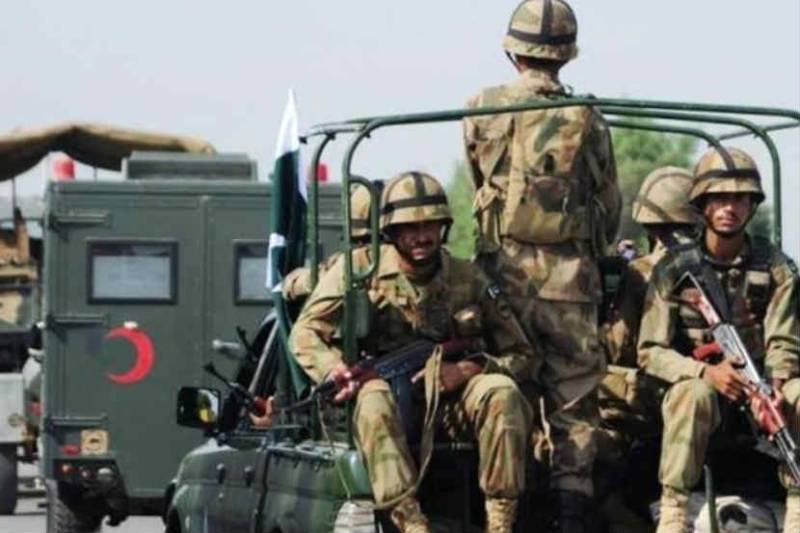 According to ISPR, the encounter took place when a convoy of OGDCL being escorted from Gwadar to Karachi was attacked by the terrorists.

The Security Forces responded effectively to the terrorists’ attack and ensured security of the OGDCL staff and managed their safe exit from the area.

The martyred were identified as:

During the clash, substantial losses were also incurred to the terrorists.

Meanwhile, the Prime Minister Imran Khan while strongly condemning the terrorist attack on the convoy of Oil and Gas Development Company Limited at Makran Coastal Highway has sought report of the incident, the Radio Pakistan reported.

He also commiserated with families of the security personnel martyred in the attack and lauded the services of the martyrs.

Minister for Information and Broadcasting Senator Shibli Faraz in a tweet also strongly condemned the attack and said the martyrs who sacrificed their lives for the security and defence of the nation are our pride.

According to military’s media wing, the convoy was targeted in an IED blast near Razmak area. The devices planted on roadside.