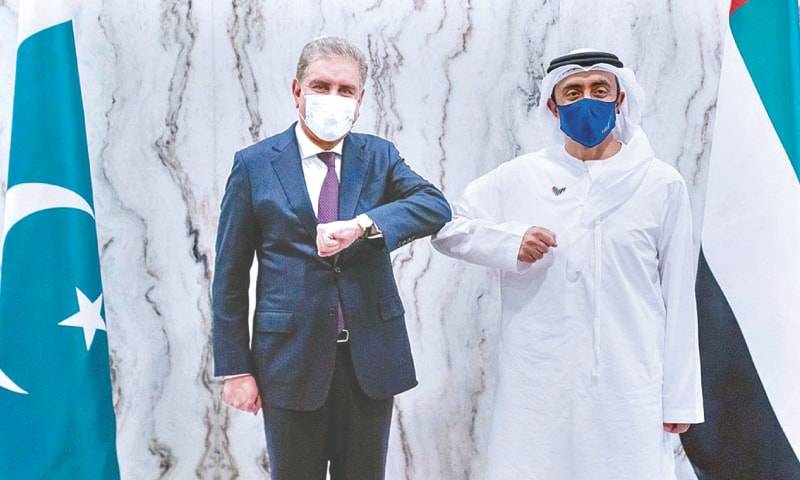 After wrapping the UAE tour, he will visit Tehran, Doha and Istanbul, respectively. The visit comes at a time when YS President Joe Biden announced a decision to withdraw US troops from Afghanistan by September 11 this year.

During the short visit to the Gulf state, the Foreign Minister will meet his counterpart Sheikh Abdullah Bin Zayed Al Nahyan and other Emirati dignitaries. Qureshi will also hold consultations with the top leadership on all areas of bilateral cooperation including collaboration in trade and investment, job opportunities for the Pakistani workforce, and the welfare of Pakistani ex-pats.

High-level visits between the two countries have played a pivotal role in providing further impetus to strengthening bilateral cooperation & collaboration on a wide range of issues between 🇵🇰🇦🇪.#FMinUAE ⁦

A statement released by a Foreign Office spokesperson said both sides will also discuss regional and global issues of mutual interest. High-level visits between the two countries have played a pivotal role in providing further impetus to strengthening bilateral cooperation and collaboration on a wide range of issues.

This visit will be the FM’s first official visit to the Emirates in the backdrop of confirmation by Emirati Ambassador to the US Yousef al-Otaiba, who said Pakistani and Indian officials had travelled to Dubai for talks.

DUBAI/WASHNGTON – The United Arab Emirates (UAE) is mediating between India and Pakistan to help the ...