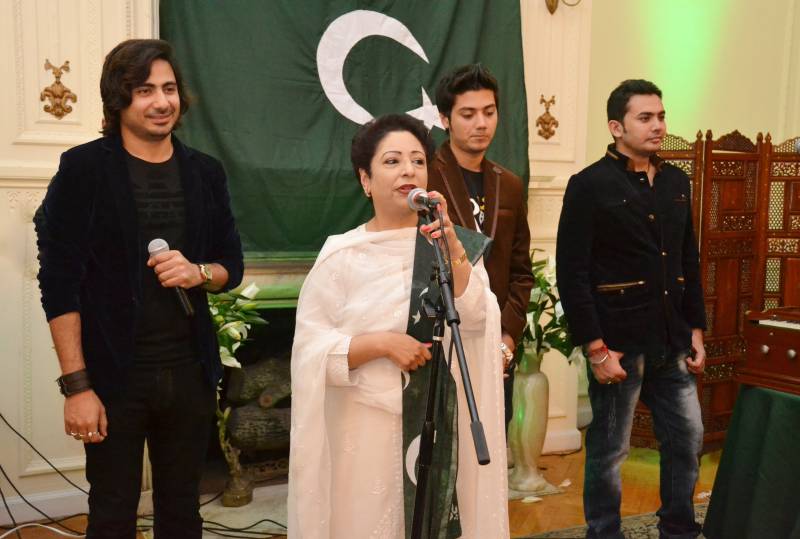 NEW YORK (Staff Report) - A musical concert was organized to celebrate Pakistan’s 69th Independence Day in New York by Pakistan’s Ambassador to the United Nations, Dr. Maleeha Lodhi at the Mission the other day.

The musical performance by the famous Pakistani band 'Raga Boyz' was attended by Pakistanis from all walks of life but especially young Pakistani professionals as well as many working at the UN.

The musicians played national songs and their signature ‘fusion’ music, blending classical with folk and pop to enthral the audience.

Ambassador Maleeha Lodhi said the Raga Boyz had made a name for themselves not only in their country but in the entire subcontinent and internationally. She said their popularity reflected their talent and musical innovation.

The Permanent Representative of Pakistan to the UN Ambassador Lodhi hoisted the Pakistani flag and also read out messages from the leadership of Pakistan on this occasion.

The ceremony was also well attended including many military officers serving in the UN peacekeeping department.