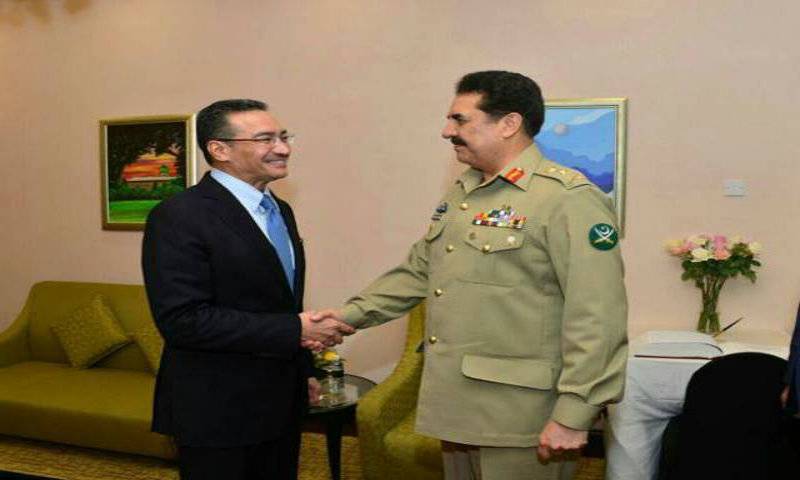 Military ties, joint exercises and defence cooperation were discussed in these meetings. The Malaysian military leaders praised Pakistan’s achievements against terrorism and efforts for peace in the region.

Army chief General Raheel Sharif said on the occasion that Pakistan and Malaysia have same stance on regional security and terrorism and it was necessary to weed out terrorism completely.

Terms of Reference were signed between the two armies for long term military cooperation.