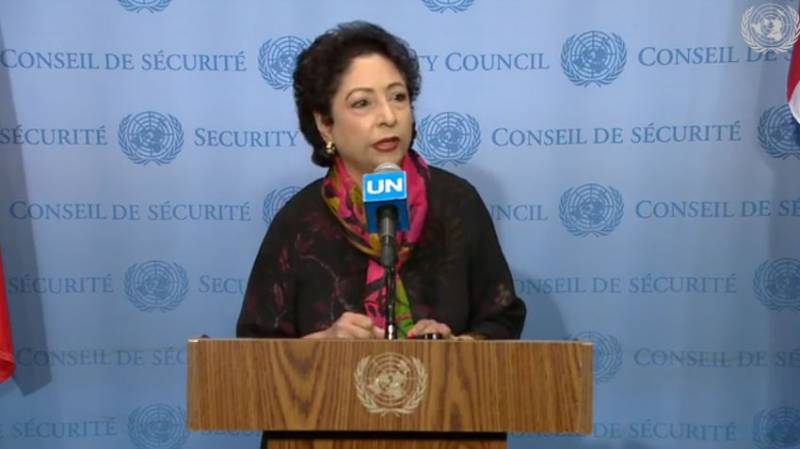 NEW YORK - Pakistan's Permanent Representative to the United Nations (UN) Dr Maleeha Lodhi has said that the highest world forum, the UN Security Council has heard the voice of the people of occupied Jammu and Kashmir at its consultative meeting in New York on the request of Pakistan and China.

Talking to media along with Chinese envoy to the United Nations, after the UNSC meeting in New York, she said all the 15 permanent and non-permanent member countries attended the consultative session.

She said the meeting took stock of the plight and sufferings of the people of the occupied Kashmir in the wake of unilateral Indian move to change the status of the held valley, the Radio Pakistan reported.

Maleeha Lodhi said this UNSC meeting is the testimony of the validity of the UN resolutions on the Kashmir dispute and it has nullified Indian claims that Kashmir is their internal matter.