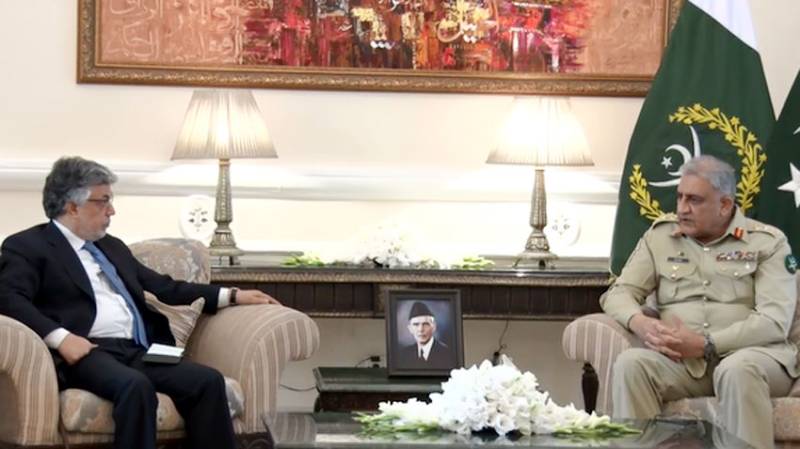 According to ISPR, army chief made the remarks while talking to an eight-member Afghan delegation who called on him in Rawalpindi.

COAS said that Pakistan desires broad-based relations with Afghanistan and is willing to do everything possible to help Afghanistan achieve an all-inclusive settlement which is vital for regional peace and prosperity.

Detailed discussion was held about current situation in Afghanistan.

The delegation also expressed their views regarding way-forward for Afghanistan.