Pakistan hosts US, Taliban in UAE for peace talks 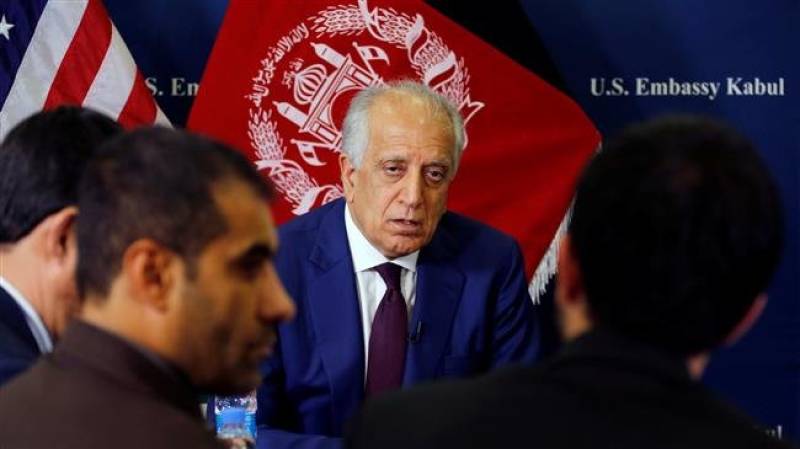 ISLAMABAD — A Pakistan-arranged meeting between US and Taliban officials will be held today in the United Arab Emirates to find a political solution to the decades-long war in Afghanistan.

The special representative for Afghan reconciliation, Zalmay Khalilzad, will lead the US team at the talks in Abu Dhabi, the Voice of America reports.

Khalilzad, is visiting regional countries to gather support for Afghan peace talks. He is 14 days into an 18-day visit to the region and has already visited Pakistan, Afghanistan, Russia, Turkmenistan, Uzbekistan and Belgium.

Since taking office in September, the Afghan-born US special envoy has held two meetings with the Taliban in Qatar, where the insurgent group operates its so-called "political office."

Islamabad has facilitated the Monday’s dialogue after President Donald Trump wrote to Prime Minister Imran Khan earlier this month seeking his cooperation in bringing the Taliban to the table for peace negotiations.

Taliban spokesman Zabihullah Mujahid has confirmed participation of its political negotiators in Monday's meeting with American officials. Representatives of the host country, Pakistan, UAE and Saudi Arabia will also be in attendance.

The Taliban say the presence of international forces in Afghanistan is the main obstacle to peace but have said that issues including mutual recognition with the Kabul government, constitutional changes and women’s rights can be negotiated.

Pakistan's Foreign Office spokesperson Dr Mohammad Faisal on Monday expressed support for the latest round of talks between the Afghan Taliban and other stakeholders to resolve the conflict in Afghanistan.

Alongwith with international community and other stakeholders, Pakistan is commited to peace and reconciliation in #Afghanistan. Talks are being held in UAE. We hope this will end bloodshed in Afghanistan and bring peace to the region. @mfa_afghanistan @StateDept @statedeptspox

“Along with with international community and other stakeholders, Pakistan is committed to peace and reconciliation in  Afghanistan. Talks are being held in UAE. We hope this will end bloodshed in Afghanistan and bring peace to the region,”  the FO spokesperson tweeted.

On Saturday, Washington said it welcomes actions Pakistan is taking to promote a negotiated solution to the war in neighboring Afghanistan.

“The United States welcomes any actions by the Pakistani government to promote greater cooperation, including fostering negotiations between the Taliban, the Afghan government, and other Afghans,” a US embassy spokesperson in Kabul told VOA.

In his speech on Friday, Khan said that if peace were achieved in Afghanistan, his country will be the immediate beneficiary in terms of security, economic stability and regional connectivity.

Washington has long maintained Taliban leaders are sheltering in Pakistan with covert support from the country's intelligence agency. Washington has been urging Islamabad to use its influence to bring the insurgents to the negotiating table.