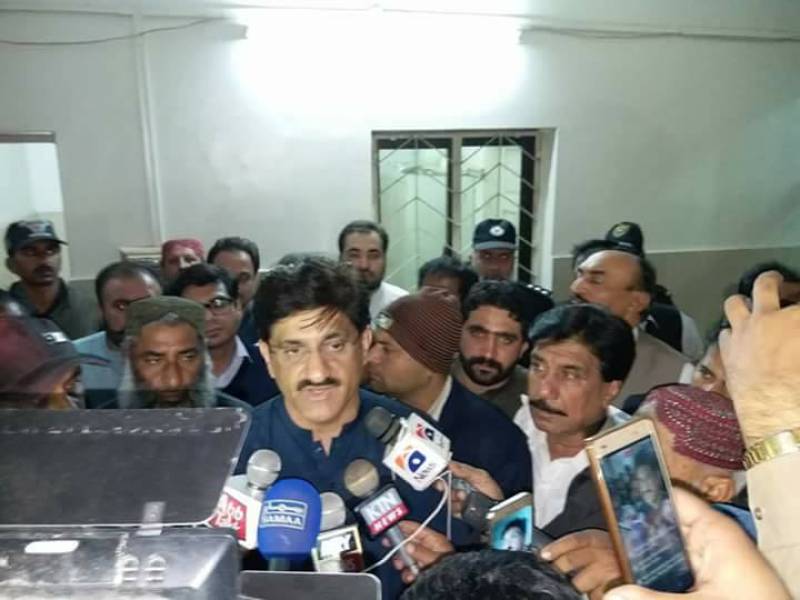 KARACHI -  Sindh Chief Minister Syed Murad Ali Shah visited the Sehwan hospital to inquire after the health of people who were left injured after a suicide bomber ripped through devotees yesterday at Lala Shahbaz Qalandar.

Talking to newsmen at Sehwan hospital, Murad Ali Shah said that the government was trying to save human lives with existing resources on priority basis.

He also visited the hospital of Nawabshah and ordered relevant authorities to provide injured with best medical facilities.

A strong blast rocked Lal Shehbaz Qalandar shrine in Sehwan Sharif on Thursday, killing at least 74 people and injuring more than 250 others.

A stampede followed the blast in the premises of the shrine where a large number of devotee, including women and children, were present.

Sindh is observing a three-day mourning following the tragic incident whereas Khyber Pakhtunkhwa and Balochistan governments have also announced a day of mourning today.