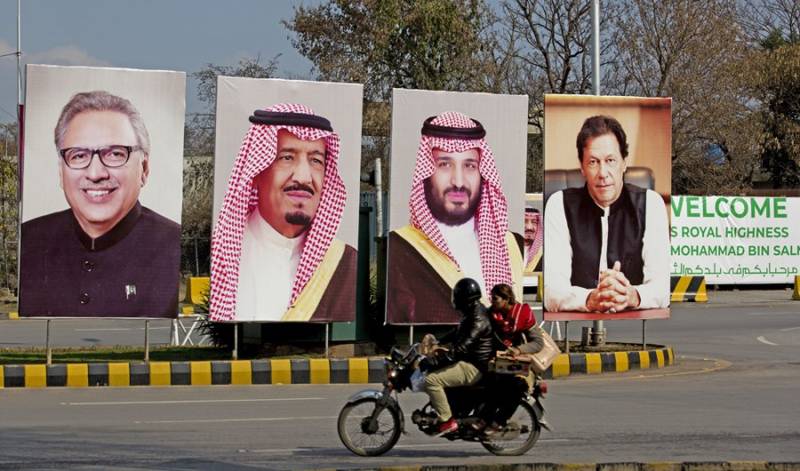 The 33-year-old royal, who is also the deputy prime minister and minister of defense, will be conferred with Nishan-e-Pakistan during his first state visit to the South Asian country, the Foreign Office spokesman announced on Twitter.

Preparations have been made to give an "unprecedented warm welcome" to the Saudi Prince who will be received personally by Prime Minister Imran Khan and his cabinet members at the Nur Khan Airbase.

Saudi Arabia has in recent months helped keep Pakistan's economy afloat by propping up its rapidly dwindling foreign exchange reserves with a $6 billion loan, giving Islamabad breathing room as it negotiates a bailout with the International Monetary Fund.

During his visit, the crown prince is expected to sign investment agreements worth more than $10 billion.

Analyst say the crown prince's trip is being treated by Islamabad as the biggest state visit since Chinese President Xi Jinping in 2015, soon after Beijing announced plans to invest tens of billions of dollars on infrastructure in Pakistan as part of China's global Belt and Road initiative.

The visit marks a deepening in ties between allies whose relationship has in the past centered on oil-rich Saudi Arabia backing Pakistan's economy during difficult periods. 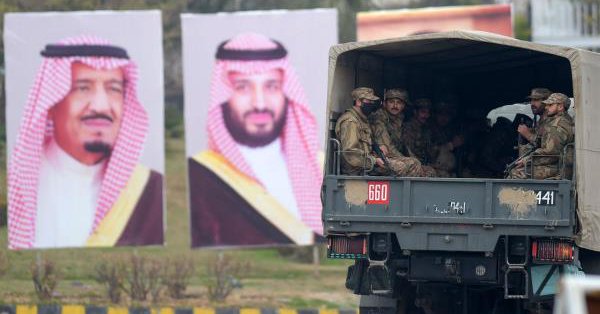 Pakistan has shut down its airspace and has stepped up security in Islamabad for the crown prince, who is set to become the first guest to stay at the Prime Minister's House.

In Islamabad, the crown prince is expected to meet Khan and Chief of Army Staff General Qamar Javed Bajwa. He is also likely to meet representatives of the Afghan Taliban militant group to discuss peace negotiations to end the 17-year civil war in Afghanistan.