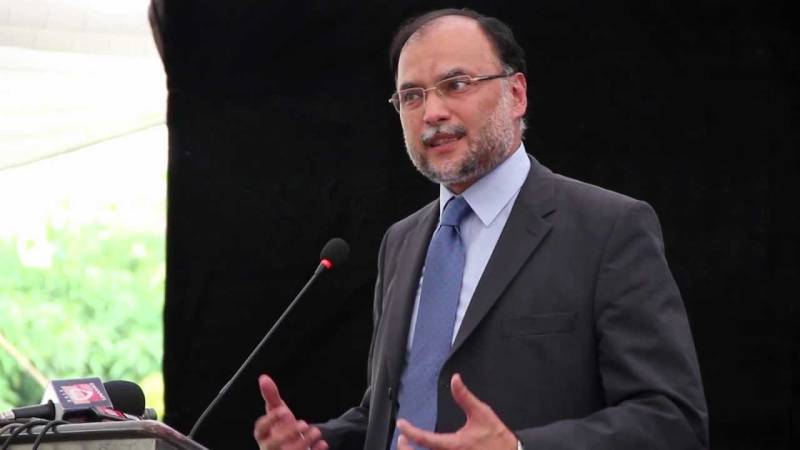 LAHORE (Staff Report) - Federal Planning Minister Ahsan Iqbal said that efforts are afoot under Vision 2025 to make Pakistan the 25th largest economy of the world in the next ten years.

Addressing the three-day Pakistan Coating Show in Lahore he said the export sector has the key role to achieve this goal.

The Minister said the private sector is the key for progress and without its active participation, all the economic development projects will remain incomplete.

He said the China-Pakistan Economic Corridor project is a splendid gift and its successful completion will make Pakistan's development irreversible.

Ahsan Iqbal assured the western provinces, including Khyber Pakhtunkhwa and Balochistan, will not be deprived of the fruit of the CPEC projects.

He said the project will prove a game-changer and transform Pakistan into an economic hub for Afghanistan, Central Asian states and China.

The Federal Minister said 2016 has been declared as 'Year of Productivity, Quality and Innovation', and a comprehensive awareness campaign will be launched with focus on these three factors.

Speaking about economic turnaround, the Minister said Pakistan's foreign exchange reserves have touched the record level of 21 billion dollars from the lowest level of six billion dollars two years back.