Obama extends Eid-ul-Fitr wishes to Muslims across the world 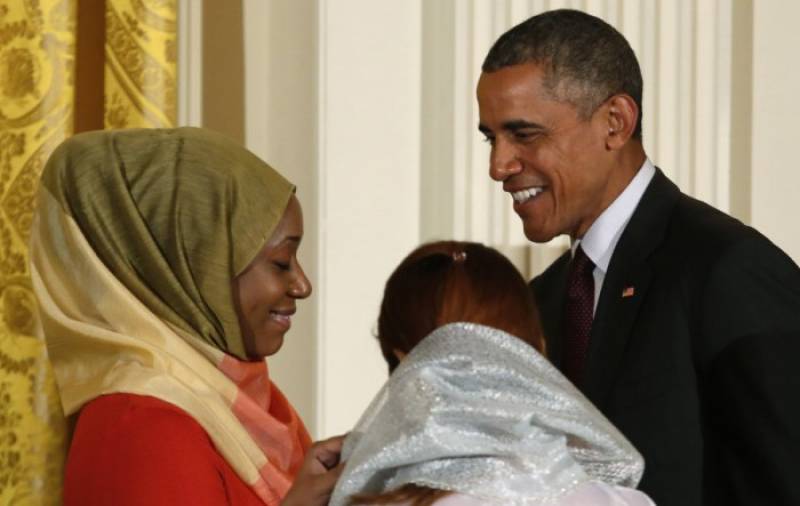 WASHINGTON DC (Web Desk) - President Barack Obama released a statement honoring the Eid-ul-Fitr holiday and offering warm wishes to Muslims in the US and across the world.

Obama's Eid message said, "Michelle and I would like to extend our warmest wishes to Muslims in the United States and around the world celebrating Eid-ul-Fitr."

The president's message also celebrates the diversity within Muslim communities and reminds Americans the importance of respecting all faiths.

He said, "During this year’s White House Iftar, I had the opportunity to meet inspiring young Muslim Americans who are leading efforts for greater understanding and unity across diverse communities."

"This past year New York City Public Schools announced adding Eid to their official school calendars alongside Christmas, Hanukkah and other holidays – an acknowledgement of the great diversity and inclusiveness that adds to the richness of our nation," said the message.

Ibrahim Hooper, a spokesman for the Council on American-Islamic Relations, responded to the decision in March, saying, "When these holidays are recognized, it’s a sign that Muslims have a role in the political and social fabric of America."