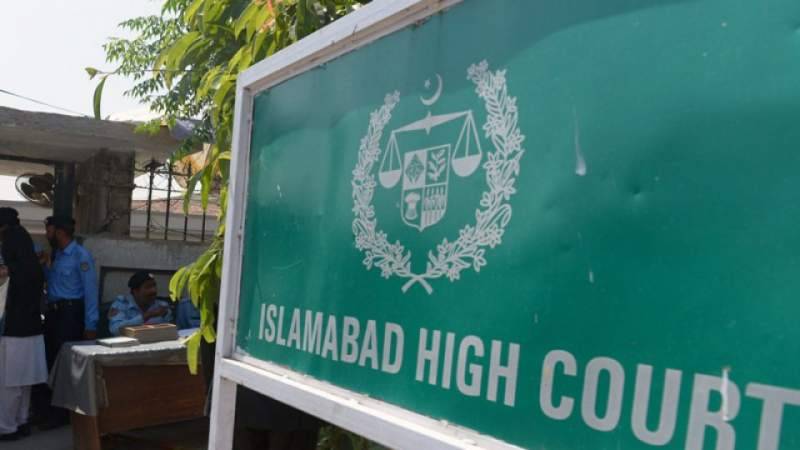 ISLAMABAD - The Islamabad High Court on Tuesday declared petitions filed by the members of Sharif family against the Avenfield verdict admissible.

Declaring the appeals maintainable, the high court issued notices to the National Accountability Bureau (NAB) and also sought the complete record of trial.

Nawaz's counsel Khawja Harris also requested the court to issue a stay order on the trial court's orders, to which, the court summoned NAB officials by the last week of July.

Justice Kayani remarked that setence awarded to Sharifs could not be suspended without hearing the anti-graft watchdog officials.

Haris informed the court that the Avenfield judgment states that it is normal practice that parents are financially responsible for their children whereas NAB's star witness Wajid Zia accepted during cross-examination that the Panama JIT could not find any proof that Nawaz's children were his dependents.

In another petition regarding transferring remaining references - Al-Azizia Steel Mills and Hill Metal Establishment, and offshore companies, including Flagship Investments - to another court, the high court has issued notices to the NAB.

Justice Aurangzeb asked Haris if the judge has given an opinion on the other two references in the judgment. Haris remarked that it is not about the judge's bias but about the fairness of the trial. The court adjourned the hearng till last week of July.

On Monday Khawaja Harris filed the application on the behalf of the former premier, while Amjad Pervaiz submitted the pleas from the side of Maryam and Safdar.

The high court has been pleaded to suspend the verdict announced by the accountability court and ordered to release the convicts until the appeals are decided.

The appeals highlight the flaws in the judgment passed by accountability judge Mohammad Bashir.

The Sharif family has also requested the IHC to declared the Avenfield verdict null and void as it did not fulfill the legal requirements.

The appeal states that Panamagate Joint Investigation Team (JIT) head and prosecution's star witness Wajid Zia himself accepted that a response to the mutual legal assistance (MLA) request was not received. It further said that levelling allegations without receiving a response to the MLA was mala fide.

Nawaz and Maryam flew back to Pakistan on Friday evening, where they were arrested upon their arrival and transported to Adiala Jail following the court verdict.

Local media reports claim Sharifs' appeals against the verdict have been prepared. In the appeals, the Sharif family has highlighted flaws in the judgment passed by the accountability judge in the Avenfield case. They will plead the high court to declare the verdict null and void, besides suspending the jail setence.

The accountability court is also hearing two other references pertaining to Al-Azizia Stell Mills and Hill Metal Establishment, and offshore companies. The hearing of the remaining cases will be conducted inside the Adiala jail as per the orders from the Ministry of Law and Justice.