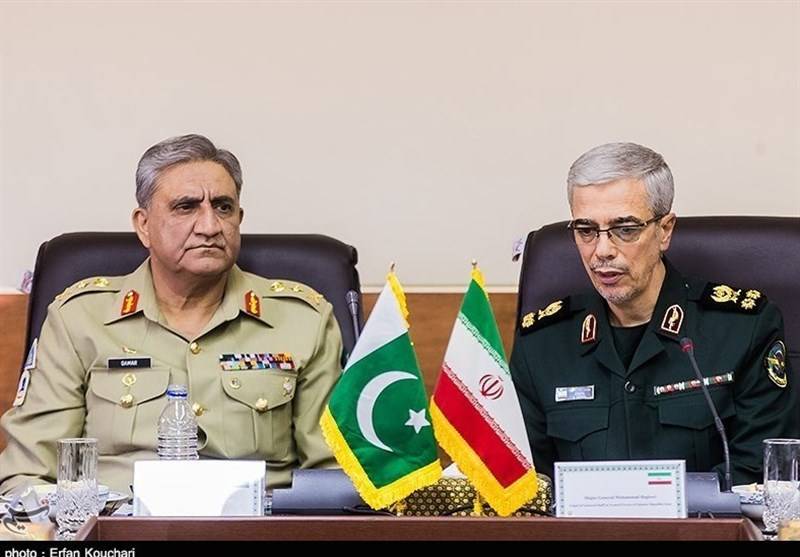 Major General Mohammad Baqeri, the chairman of the Chiefs of Staff of the Iranian Armed Forces, made the remarks following a meeting with Pakistani President Mamnoon Hussain in Islamabad on Tuesday.

During the talks, the two sides touched on the commonalities between Iran and Pakistan as well as the almost 1,000-kilometer border between the neighbours, stressing that Tehran-Islamabad ties should be enhanced in different areas. 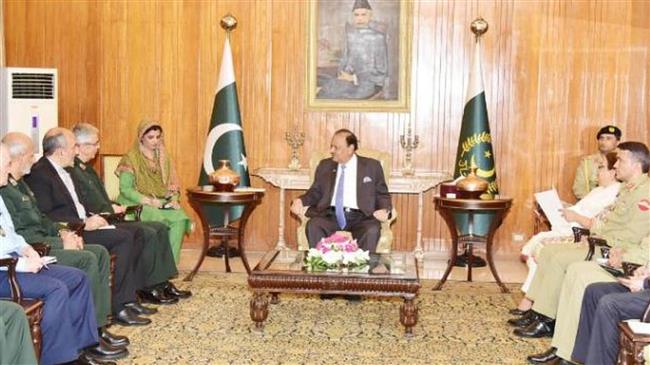 During his visit, the Iranian general discussed with Pakistani officials topics such as military education, pilot training, military drills and contacts between the two countries’ defense industries.

Iran and Pakistan, he said, are working to jointly build defence products and present them as a joint achievement of Muslim nations.

Baqeri arrived in Pakistan on Monday for a three-day official visit to the country. He has already held talks with his Pakistani counterpart, General Qamar Javed Bajwa, Chairman of the Joint Chiefs of Staff Committee General Zubair Mahmood Hayat and Foreign Minister Abdullah Hussain Haroon.

On Monday, the Iranian top commander blasted the United States for seeking insecurity in the Middle East and is against the restoration of peace to this region.

"America tops the list of countries that seek to create insecurity in the region and is against the restoration of security to the region," Baqeri said.

He expressed pleasure over the growing trend of relations between the two police forces, according to state-run IRNA. "Iran and Pakistan, as two Muslim neighbours, have similar problems," he added.

General Ma'moun also pointed to Iranian police prowess in establishing security in border areas and said that intelligence and operational cooperation as well as promoting interaction among officers is so important.