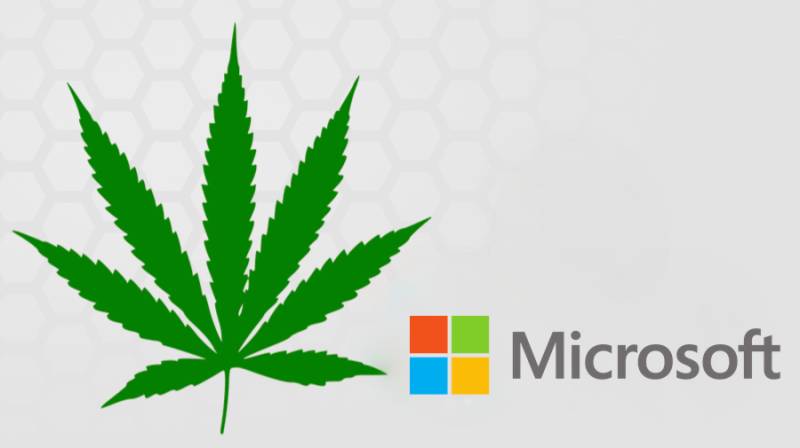 WASHINGTON (Web Desk) - Software ginat Microsoft has decided to step into marijuana business. The partnership marks the first major tech company to attach its name to the burgeoning industry of legal marijuana.

According to the details, Microsoft announced its first venture into the world of marijuana, striking a partnership with KIND Financial to provide seed-to-sale software to state and local governments for the management of cannabis commerce and distribution.

A team at Microsoft will reportedly help clients navigate regulations and laws, while tracking legal cannabis commerce and helping to stop product from reaching the black market, according to the report. Microsoft did not immediately respond to a request for comment, and the site for KIND Financial appeared to have been taken down.

Microsoft told the BBC in an emailed statement that it supported "government customers and partners to help them meet their missions".

"Kind Financial is building solutions on our government cloud to help these agencies regulate and monitor controlled substances and items, and manage compliance with jurisdictional laws and regulations," the Microsoft spokesperson said.

Shares of Microsoft traded 1% higher to $50.17 Thursday afternoon. They are down 7.8% over the last three months, versus a 1.7% improvement for the Dow Jones Industrial Average.

Major brands have been mute on the controversial topic, but more have started to show their support as acceptance has spread.

Surprisingly,  Microsoft is based in Washington where cannabis is legal.

Systems Limited Secures A Spot Among The 1% Global Microsoft Partners; Bags The Microsoft Inner Circle For ...