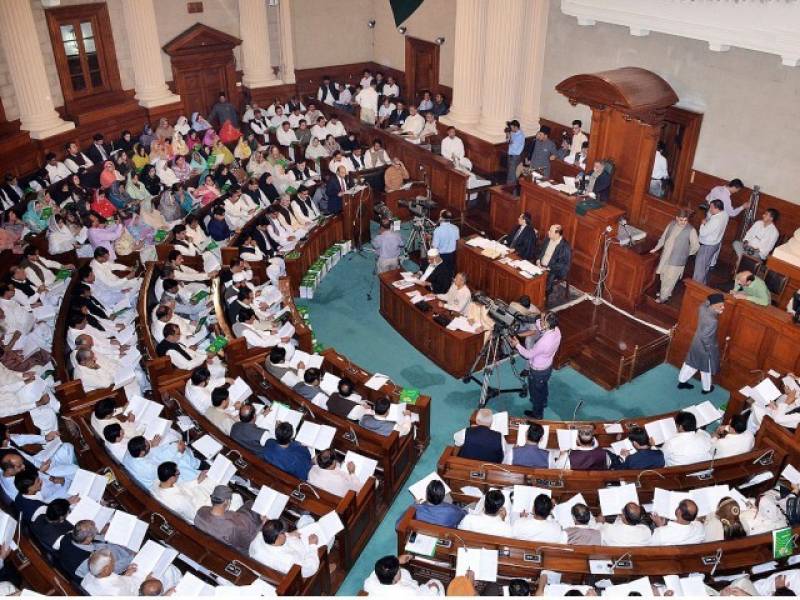 LAHORE (Staff Report) - During a debate in the Punjab Assembly on the budget for 2016-17, the PML-N led government was criticized rather unexpectedly by party members from South Punjab in addition to members of the opposition parties.

"I am a resident of Lahore city, but still I reject such a huge allocation to a single project while millions of fellow citizens in other cities of the province remain ignored," he said in the three-hour-long speech.

He said that even though Rs. 20 billion had been spent on energy during FY 2015-16, the industrial sector and ordinary people faced hours-long load shedding every day. Due to the power crisis over 100 textile have mills moved to other countries in the last year alone, he noted.

Participating in the budget debate, PML-N lawmaker Ilyas Chinioti from PP-73 (Jhang) said that his constituency had been ignored in the budget. He, afterwards, also staged a walk out of the House in protest.

Ghulam Murtaza, another lawmaker from government benches in the assembly, said that budget 2016-17 had been prepared by bureaucrats living in Lahore.

"My constituency which falls in Bahawalpur district has received only Rs. 90 million out of a budget of over Rs. 1 trillion," he said.

My constituents are dying of filthy water, however the rulers are not ready to do anything for them, he added.