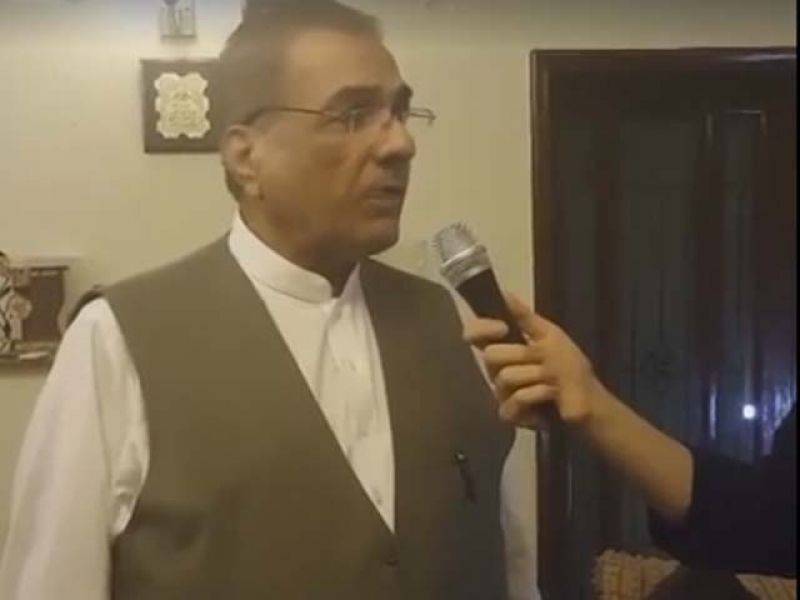 LAHORE (Staff Report) - Chief Editor Daily Pakistan Mujibur Rehman Shami, who recently visited Prime Minister Nawaz Sharif at his London residence to inquire about his health, has said that the premier has undergone a serious heart surgery and needs more time to recover.

In a live Facebook video, he told Daily Pakistan that Nawaz Sharif has not yet resumed normal life after the operation and apparently he will need a few more weeks to cope with the aftermath of the open-heart surgery, even though doctors have allowed him to travel.

"I think, it will not be possible for him to return to Pakistan before Eid-ul-Fitr, however, hopefully he will be back in the very days after Ramazan," he said while responding to a query.

Commenting about the Prime Minister's decision for treatment in London, Shami said that Nawaz Sharif was not ready to fly to the United Kingdom for this surgery and he wanted to visit some Pakistani surgeon for this purpose, however the country's political situation pushed him to make this decision.

He went on to say that all the expenses of the premier's stay in London were being born by his family and that Nawaz Sharif and all other Pakistanis could get medical treatments from abroad as long as they paid for it themselves.

About Nawaz Sharif's surgery, he said that doctors had made four major incisions on his chest and have taken two arteries from legs and another from his shoulder to correct his heart's functions.