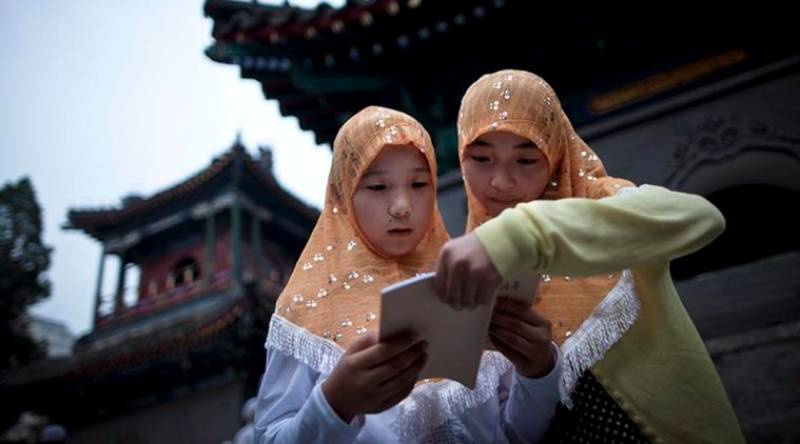 BEIJING - The Pakistani community living here in the Chinese capital and other cities observed Eid-ul-Fitr on Saturday with religious fervour and enthusiasm.

About 10,000 local Muslims, expatriates from Muslim countries and students from Pakistan, Afghanistan, Indonesia, Malaysia and Bangladesh offered the Eid ul-Fitr prayer at Niujie Mosque, the oldest and largest mosque in the Chinese capital.

A student from Pakistan, who offered the Eid prayer at Niujie Mosque, said, “I along with some other students have come from nearby district and very happy to see the Muslims in such a large number.”

“This is a very important holiday for Muslims. I have invited some other students to enjoy the lunch on this auspicious occasion,” another student studying at Peking University said.

Muslims in Beijing, the Xinjiang Uygur autonomous region, Gansu province, Qinghai province and other parts of the country celebrated the festival. The emphasis was on family reunions, meeting friends, enjoying meals and wearing new clothes.

China is home to about 20 million Muslims from more than 10 ethnic minorities. The largest group is the Hui minority, who largely hail from northwest China’s Ningxia Hui and Xinjiang Uygur autonomous regions.–APP